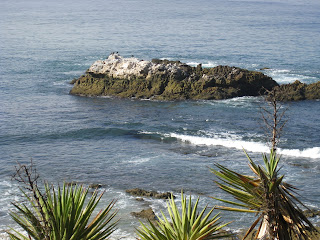 The Laguna Indy is my favorite paper in town; they cover all the news, and every week I am an avid reader of the history pages and the police blotter.

I was REALLY happy to see an article on the front page last Friday that the City is reviving talk of a plastic bag ban. It's in the City's environmental committee now. They had apparently discussed it in June but had shelved it because they felt the opposition from the bag companies would be too great. They felt there has been a "sea change" (according to the article) because of the ordinances in Santa Monica, Malibu and LA. So they're talking about it again. They are now using words like "inevitable" when talking about a ban. We already banned styrofoam here a few years ago.

The Indy covered our launch party end of May, and I really appreciated the coverage!! The article they wrote quoted a few people in town who said they "wouldn't be surprised to see a proposal soon" to ban the bag. Hey, two months is pretty soon! Bravo to the Laguna Environmental Committee for being forward thinkers!! My only regret is that the Indy used the word "trendy" for the bags as a replacement for plastic. The bags are new here but NOT trendy; and "eco" and "environmental" are not trendy. More on that later.

I will be following all the papers in town and keeping me ear to the ground on updates.
Posted by French Basketeer.com