At Sunday’s market I filled in a location for an absent farmer, so I was in a new space.  I was then on my way to the San Diego Polo Club opening and then to see a commercial property, so I had a significantly scaled-back display basket this week; the strawberries from Sage were my highlight, and you will see them soon at a dinner party~ 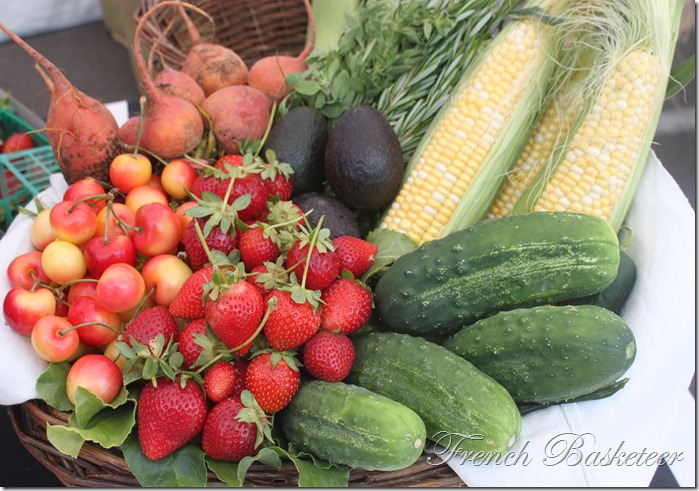 It’s good sometimes to switch spaces; it affords time to chat at length with new farmers, between our sales.  To my left was Hopkins Ag, specialist in almonds from Kern County in the Central Valley; see their website HERE.  They grow nonpareil almonds.  Think of almonds as a stone fruit like a peach or apricot.  The almond is the “stone” of this fruit. The pareil variety you often see in the stores has the hard shell you need a nutcracker to open; the nonpareil variety from Hopkins has a soft shell you can open by hand~ 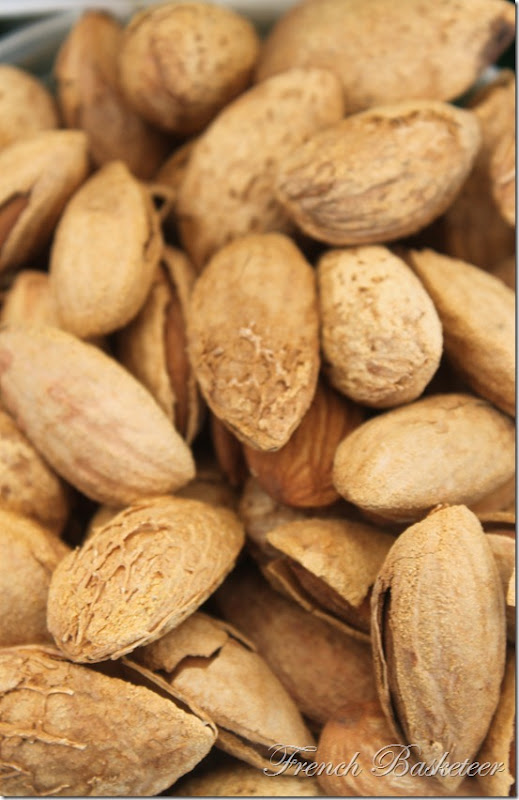 Meet Keenan, my neighbor Sunday.  Isn’t he cute?  The almonds are grown in the Central California, but roasted and flavored in San Diego; Keenan works in the roasting as well as running various markets around San Diego. This kid knows his almonds and can answer my battery of questions; A+~ 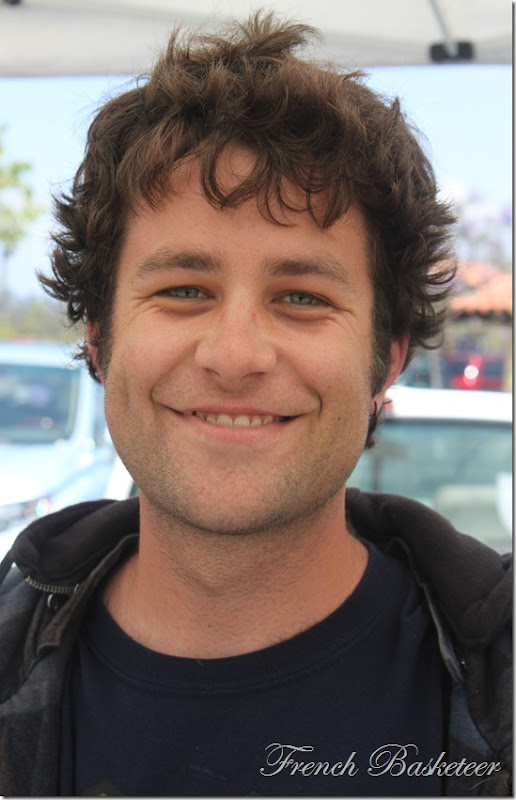 If you live in the U.S. and you ever buy almonds, read this post HERE.  Yes, I understand the risks of salmonella, but I also dislike foods altered so much from their raw form, and deceptive labeling.  The “raw” almonds you buy in the grocery store or Trader Joe’s have nothing to do with real raw almonds and might be several years old.  Almonds sold as “raw” will also be pasteurized; as almonds are one of California’s top ag exports, it is big business; but there is a lot of outcry about how a pasteurized almond (that means it has to be heated to 158 degrees for 30 minutes or “flashed” at 280 degrees for two seconds) can be sold as “raw.”  Doesn’t pasteurization effectively cook it?  You can read about it on the internet, including HERE.

Hopkins sells raw, unpasteurized almonds; I bought supposedly raw almonds last week in Corona del Mar and asked that vendor about the pasteurization issue; vague response; those were sold as raw but were pasteurized.  Hopkins’ raw almonds win the taste test, hands down~ 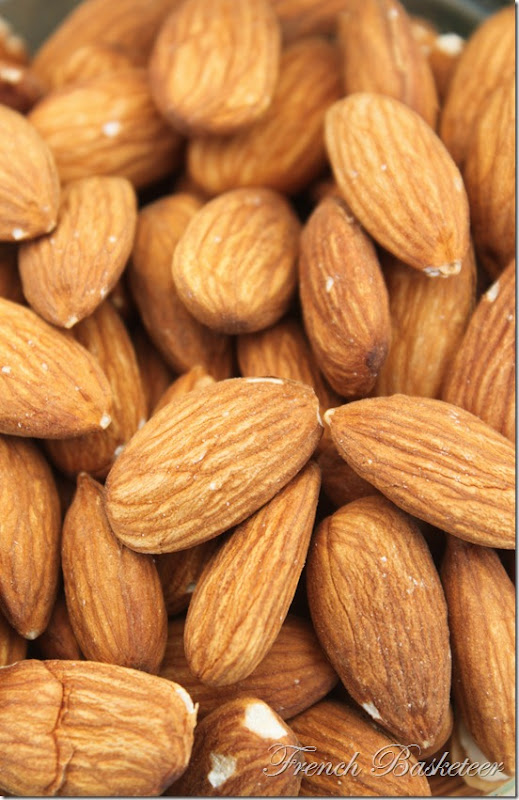 They also sell almond butter, which I have not tried yet, and roast the almonds with various flavors, including lime & sea salt, which I bought for Dad, Chipotle, Honey Cinnamon, Chocolate and Honey Vanilla; they were all delicious.  I have ideas for how to use these; you will see next month at a dinner I’m having…ideas….~ 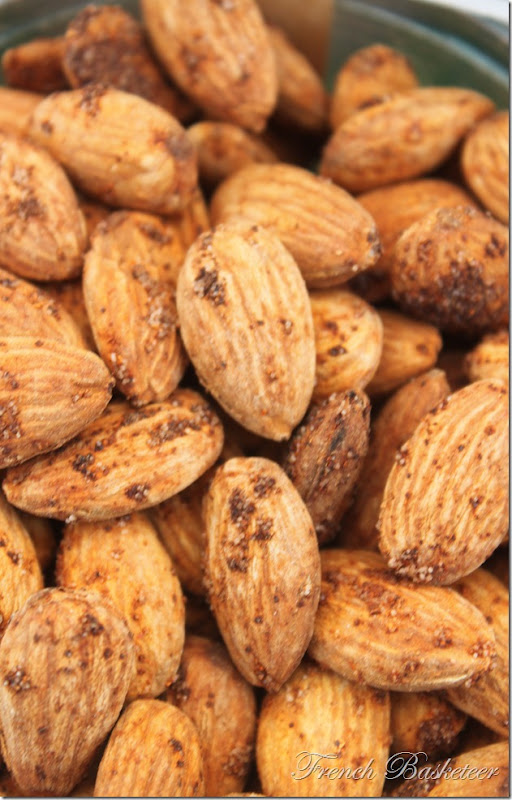 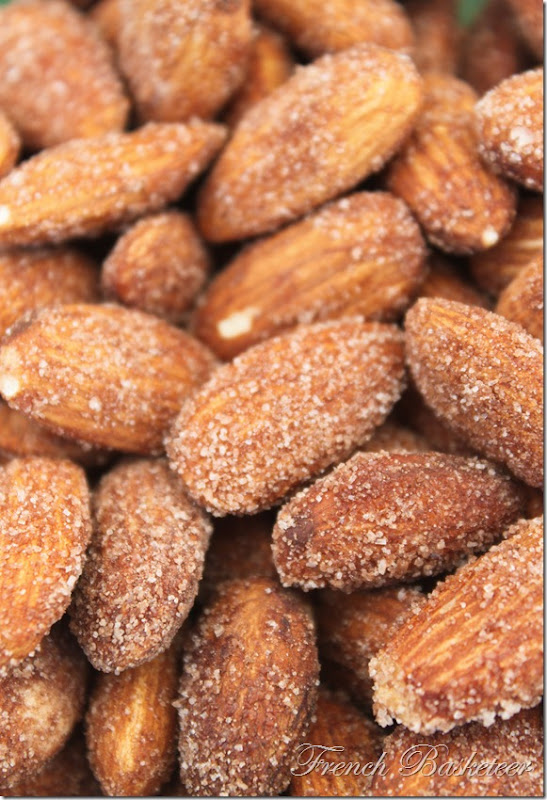 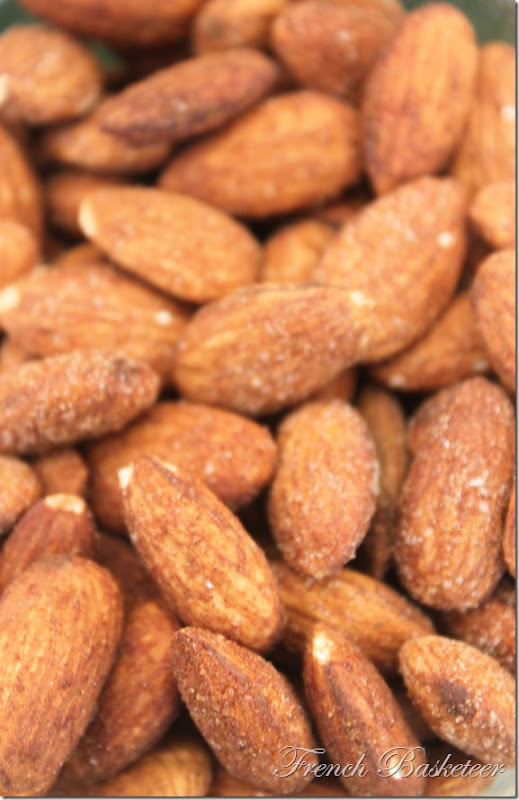 After talking with Keenan for 2 hours about almonds I added a layer onto my display basket.  I was amazed at the different location and its effect on the shoppers.  OK the basket was much smaller than usual.  But everyone wanted to sample from my display basket.  One woman with very long acrylic nails came and popped the corn kernels with her nails in rapid succession.  Excuse me, that’s my dinner.  Please do not do that.  As if it were bubble wrap that begged to be popped? A few kids wanted to know what “that is” (the Ranier cherries") so I let them sample.  Some people wanted to pick out the berries or the almonds.  Right next door you can sample them for free! I suppose it did look tempting~ 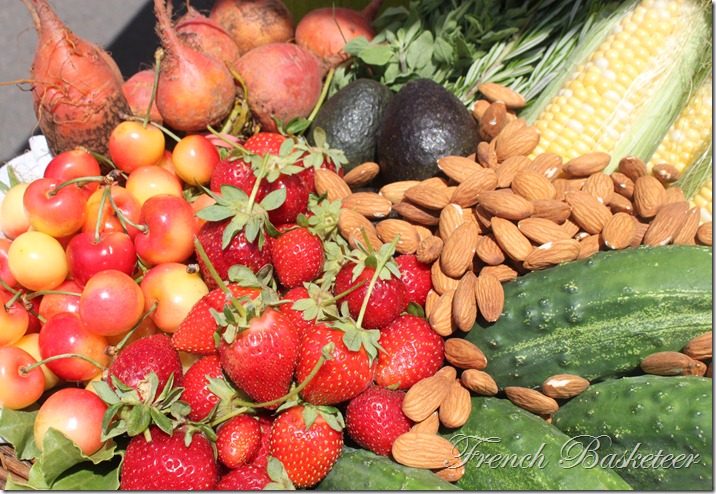 I have to say, the Bird has taste, he loves the raw almonds.  He’s here every week~ 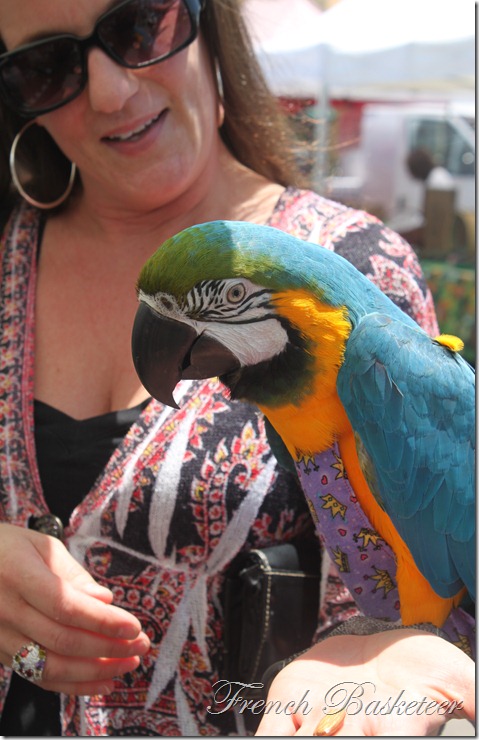 To my right was Da-Le Ranch; you can read about them HERE.  Ashley is the daughter of this family, and she runs six markets each week in San Diego.  She let me re-do her egg display with a basket and burlap. And we talked about their family farm and the meat & poultry business. 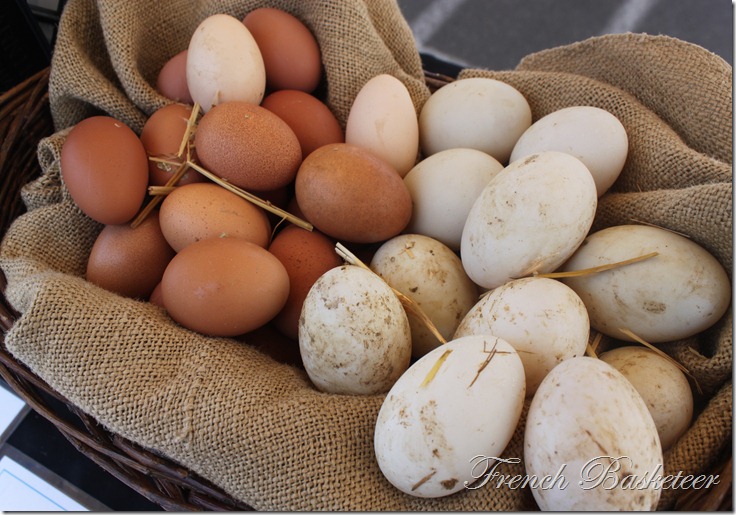 I know I rant sometimes about the  FDA and European Union, but I keep bumping into more farmers with more stories; Da-Le has to truck their cattle 350 miles to be processed, to the nearest FDA plant.  No wonder small-producer beef is more expensive, it has to travel to Northern California and back, hundreds of miles.  But their beef is all grass-fed.  In order to process their chickens, they go to Santa Ana, about 40 miles I estimate.  But the man who owns the plant also has a dog food business, so they have to give up the necks and feet; like giving up money in a way.  Here is Ashley with her basket; I never know what the ear plugs and tattoos are about, but she knows her business and is a very sweet young lady~ 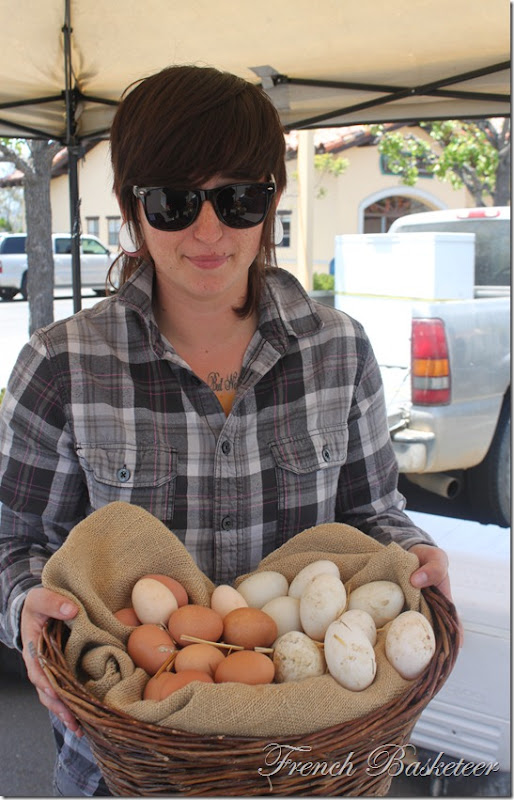 She invited me to come for a farm tour, which I will do.  After the tour, they offer a class on how to clean a chicken.  I admit, I have never done it myself though I watched my grandfather do it.  We had a Da-Le chicken for dinner Sunday night; fresh, not frozen; it was just like a French chicken; not gamey, with what I call “fluffy” white meat.  I’m a convert.