The change of each season creeps up on us rather silently in California.  I miss the glorious leaves and cooler weather of New York; here we have slightly cooler nights and dusk before 7pm as the days shorten, and the tourists are largely gone so the town is back to normal.  This is our cue that fall is upon us!

At the market, we are seeing the last of some distinctly summer items like Italian and Lemon Basil, while Acorn Squash in lovely tones is now available.  Both sat side by side in my basket at yesterday’s market~ 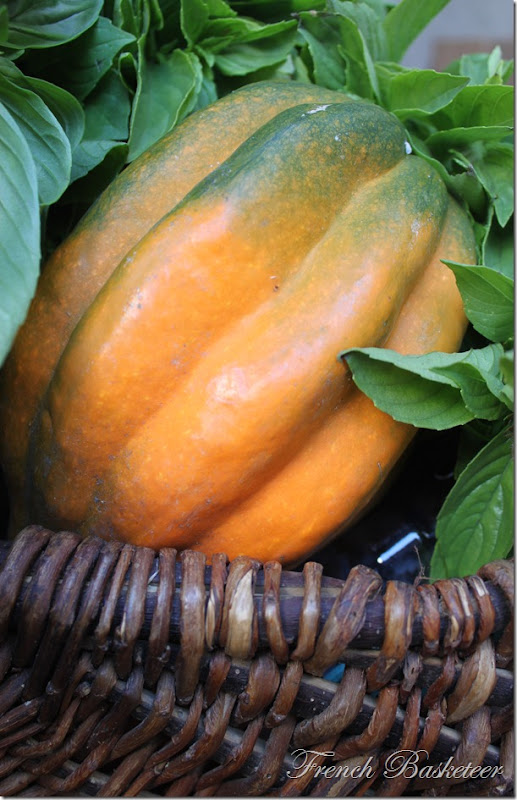 I stayed at home until 4pm today, a super-fantastic treat; Kerry was in San Diego for me, while I made 6 large jars of arugula & basil pesto, which appeared shortly thereafter on our lunch plates~ 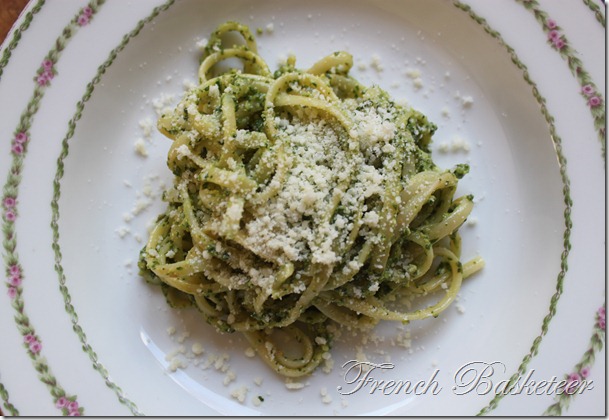 Followed by a trip to the tomato patch, where we harvested the last of the fruit and made 6 very large jars of Roman tomato sauce.  I don’t think I have posted this recipe yet, but it’s one I learned at a cooking class in Rome and it has never disappointed, so I’d better demo it for you soon!  Over the next few weeks, I will continue to buy vine-ripened tomatoes from Chris at the Sunday market and blanche and sauce them, so there will still be time.  I had a lot of sweet orange cherry tomatoes as well as lots of Lemon Boy yellow tomatoes in the garden this year, so this sauce was very sweet and slightly yellow, but sooo good~

After lunch, I cranked out four scratch pumpkin bread loaves and four apple tartes; or should I call it a galette?  Lately I have been buying Julian (San Diego) pies at the Saturday market, but they are $15 each.  Using some very crisp local apples, I decided it’s time to get back to making my own desserts and pies.  Sometimes I make this open face with a single layer of apples, but this time I rolled up the pastry.  You see this sometimes as a “rustic apple pie” or other names; it’s puff pastry and apples, and it will take you about 10 minutes to make~

Start with a sheet of Pepperidge Farms puff pastry; they come frozen in a package of two at the grocery store if you haven’t used them before.  I made my own puff pastry once, but that was enough! This is much easier!  Let the dough defrost so that you can unfold it without breaking, but if it gets too soft it is harder to work with.  If you have not adopted Silpat sheets, stay tuned for a giveaway of one soon!  So start here, with your puff pastry…you can roll it a little, but I usually don’t bother~

For one tarte I use about 8 small apples, or 6 large apples.  Quarter, peel and core the apples, then slice them (thick or thin, to your preference), then flatten with your knife to separate the slices a little~

Using your knife, scoop under each set of slices and set them on the pastry~

Roll up the pastry edges; I roll “in” though there are several ways to do this~ 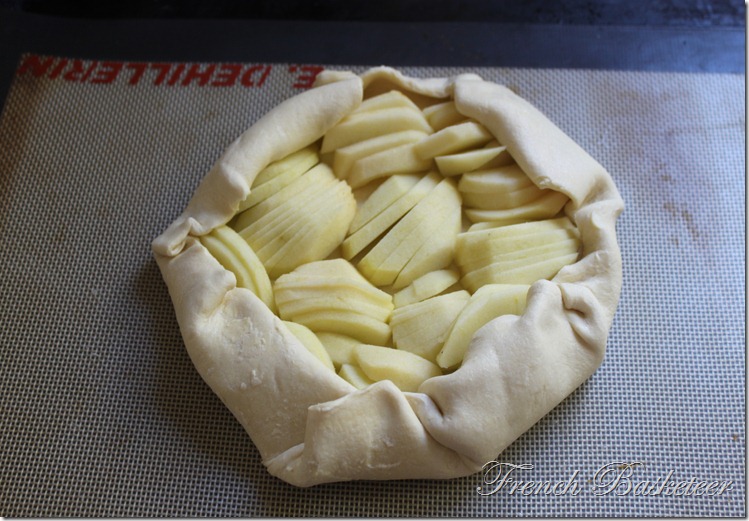 Then add a second layer of the apples, for a little more volume; dust with a fistful of sugar and then a sprinkle of cinnamon~ 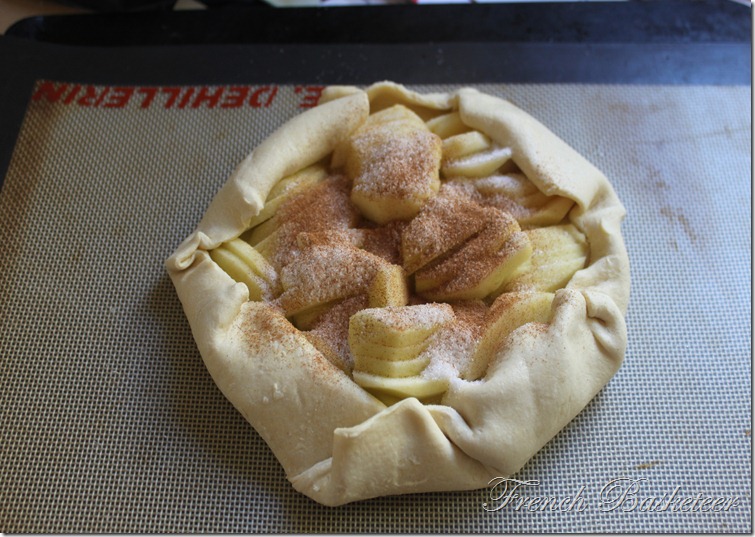 Puff pastry needs to be baked “hot” so that it cooks. Bake at 425 degrees until well browned.  My family will quarter this tarte and so one does not go far, but it’s a nice “small” yet homemade dessert that is not too heavy.  We will have it tonight with homemade cinnamon ice cream~ 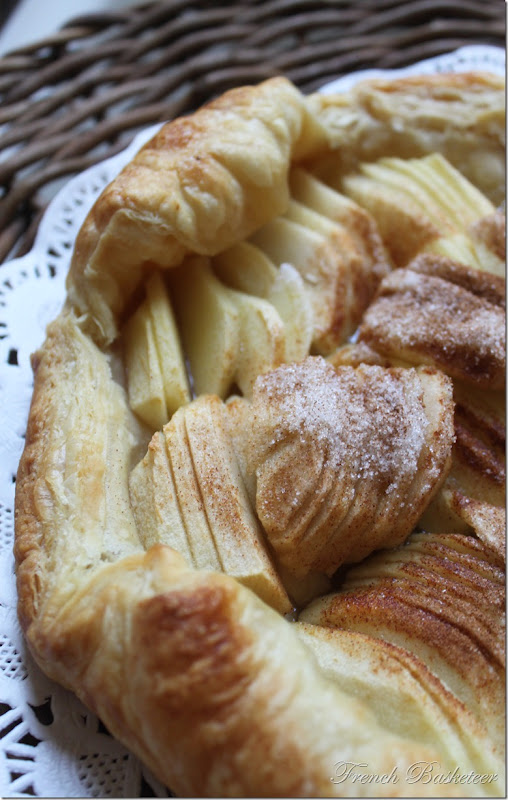 As for all the rest of the stuff, one of my sisters came by and left with two apple tartes, two loaves of pumpkin bread, two jars of Bolognese sauce, a jar of pesto and a few other goodies.  She then brought some to another of our sisters who was coming home after a weekend away.  Needless to say, everyone was happy with their dinner.

Wishing everyone a bonne semaine~