What is more satisfying that the smell or the warmth or the glow of a fire in the fireplace at Christmastime? Perhaps only the comfort & joy of enjoying that fire with your loved ones around you; and let's be sure to have some great food & drink with it, hmm? OK this is not a roaring fire, but it's now 11pm and this looks like a late, toasty 11pm fire to me! 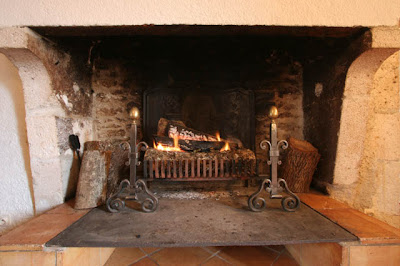 The modern tradition of the Yule log, or "Buche de Noel" in French, is largely based on the winter solstice or "Yuletide," the pagan festival of fire, held on the shortest day of the year to usher in the new year and the revival of the sun. Before I give the pagans too much credit, I have to add that the Egyptians and Sumerians also had their own log-burning parties, for example to honor the falcon-headed Sun god Horus, around 5,000 BC~ 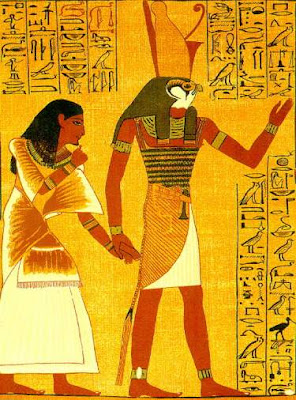 It's adaptations and variances are diverse, across France, England and the Northern countries in particular. Within England, there is a huge history; think Druids. In France when large households had an enormous fireplace, a "walk in fireplace" I call them, where a whole animal could be roasted, the largest log that could be found would be burned on Christmas eve or Christmas Day Eve. Sometimes they would haul in a whole tree and burn it down from the thick end. It would be blessed and watered with wine (for a good harvest in the following year), salt & herbs (to keep the bad spirits away). Hardwoods only, no pine; the Yule Log was meant to burn for many hours or days. 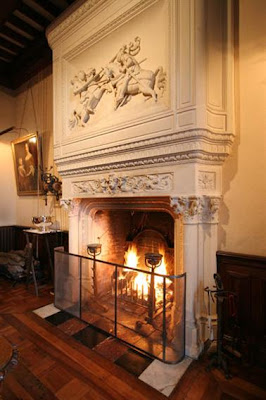 This fireplace above is very impressive but has a very small hearth with a rail that says "keep out!" and it seems, no seating, for such a large fireplace, while this one below looks "family sized." Often for Christmas, the whole family would sit around, the grand-mere telling stories and the father tending the fire. Tap tap on the log, and a few sparks; "Bonne Annee" everyone says; make good wishes~ 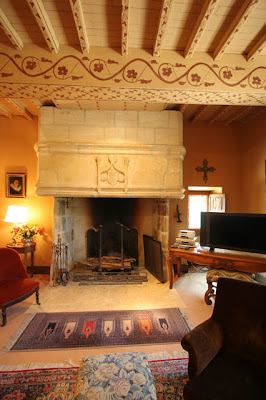 In the 19thC the log was somehow adapted by the patissiers of Paris into a cake. Even today, each year you see dozens of variations, here the traditional (oops sorry bad pic)~

it's the French outdoing each other, so many variations! 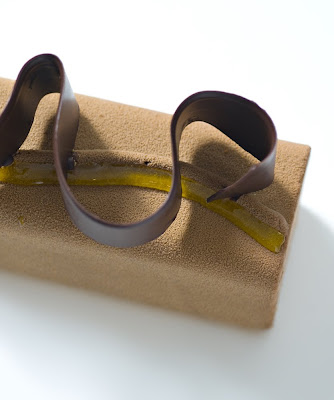 One of the concepts of the Yule Log is the end of the world's darkness and the birth of Christ, the Light of the World; fantastic imagery isn't it; very powerful. I do not mean to equivocate that with this whimsical pistache gateau, but you have to say, it looks darn cute; the French use these little red mushrooms, they are marshmallow if you are lucky or plastic if you are not~ 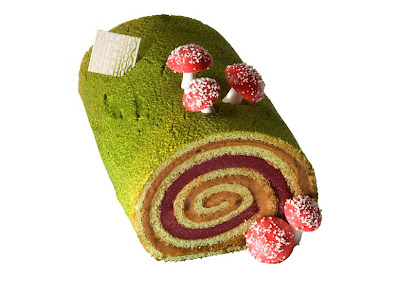 There are many analogies, such as the warmth of the family. In yesteryear everyone would be huddled around the fire, in Paris today at you can get perfect cakes at Laduree and huddle around the dining table~ 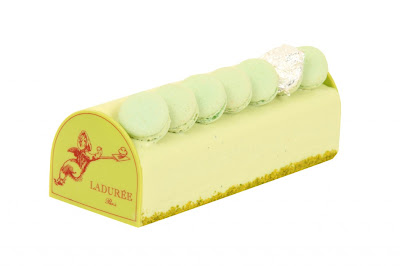 Look at this framboise perfection~ 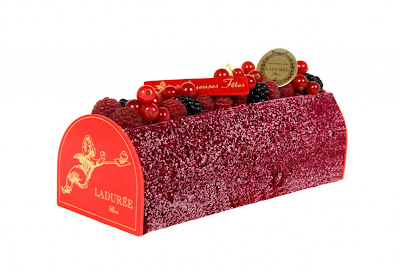 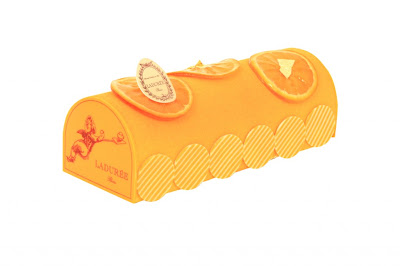 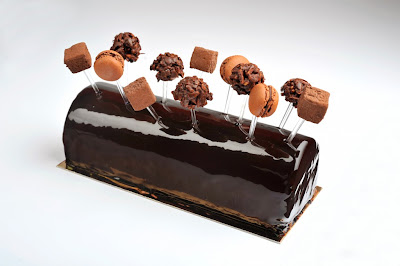 Did you figure the French are so serious about their Buche de Noel cakes? Yes, it's serious business for the French. Perfection~ 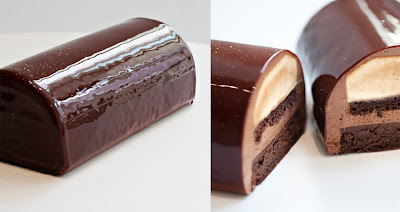 Have you ever made the classic recipe, let alone try something so fantastique as this milk-chocolate crispy cake-log? 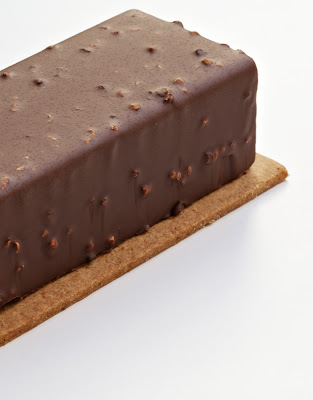 This one is in pear. I am going to make my own this year; each year I buy one and this year, non, it will be fait maison. 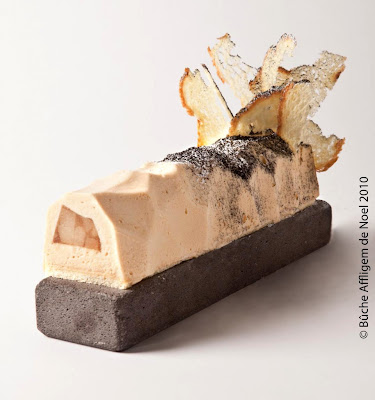 If you have ever eaten or made a Buche de Noel, I want to hear from you! 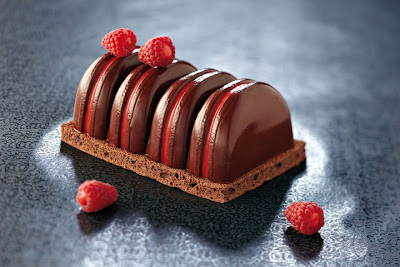 Mine will be classic, but these pics are from this year's competition for Buche de Noel. Hope they make you hungry to get one! Most good bakeries will make them and I will share recipes after I try a few frostings~ 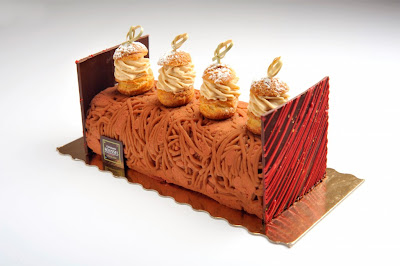