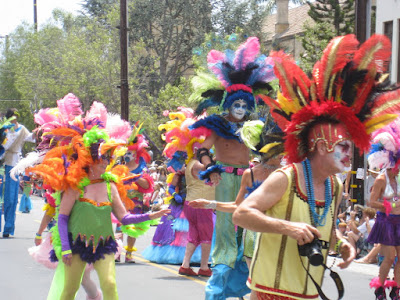 This weekend we were in Santa Barbara for the Summer Solstice Festival. It's the biggest event of the year in the area, celebrating the arrival of summer, of course! Everyone greets each other on the parade route and at the festival: "Happy Solstice!" Over the decades, I am told, the parade and festival w 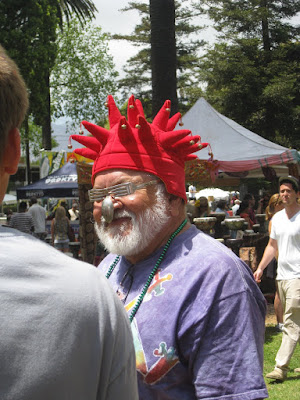 ere heavy on the Mardi-Gras and gay/flamboyant themes. We could see this influence today in the the theatrical costumes, feathers, beads, authentic Samba troupes and heavy drum beats. Wow the samba troupes were awesome to watch, and I only caught them when they arrived in the park where the festival was held. The parade over the years also gained a wonderfully simple and unpretentious feel to a lot of the floats, which were all under push-power. A mop-hatted accordeon player on a very whimsical float singing and playing Puff the Magic Dragon; a yellow submarine with a boy on top lip synching to the Beatles music blaring from the sub; a 10 ft tall Neptune stilt-walker with a lady dressed very cleverly as a jellyfish....and I only watched a few minutes of the parade. The only event I can compare it to is the New York Halloween parade, but that's in the evening and there isn't much that's wholesome about the NY parade, though it has a similar degree of fantasy and flair.
But I like Santa Barbara's parade better. It reminds me of what Laguna used to be like in the 70's.
We had our share of characters. See the man with the jester hat and headgear- two forks and a spoon- made him look rather medieval. Of course he also wore a Hawaiian shirt and beads in keeping with the day. There were a ton of fairy wings; even the dogs had wings, see photo. We sold a certain amount of baskets and a ton of complementary merchandise. Lots of fun and we'll be back next year! 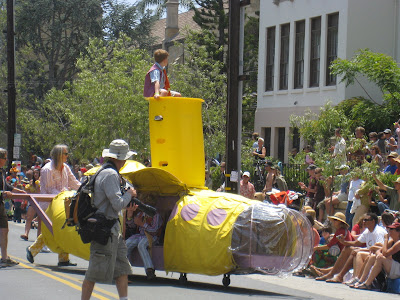 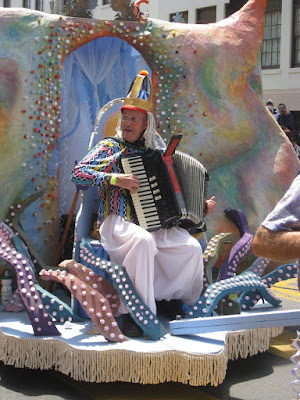 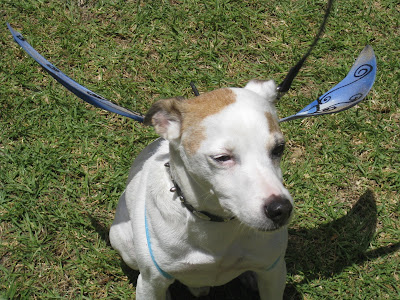 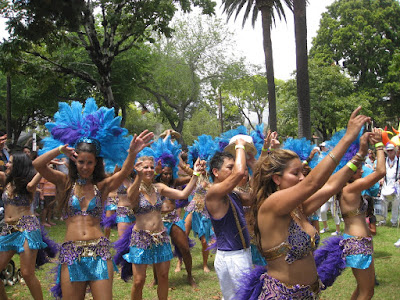