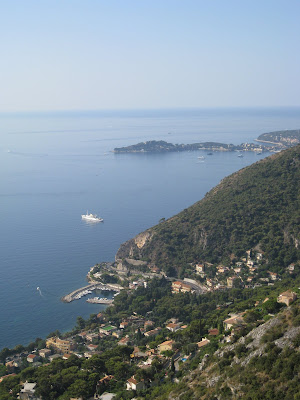 If you go just a little way down the road from the old port in Villefranche, you see signs for the Moyenne Corniche. There are three roads running from Nice to Monaco and Menton to the east: the Haute, Moyenne et Basse Corniches. The Haute corniche was built by Napoleon I on the route of the Romans; the Basse is the traditional road hugging the coast, and the Moyenne is the middle road built in the 20th century for the aristocratic tourist crowd. Of note, Princess Grace of Monaco died in a car crash on the Moyenne Corniche, though I don't think there is a marker. I was in Ireland as a high school exchange student, so I remember that tragic event well; Grace was all class, and was and is still beloved in Monaco.

The boys were fascinated with the views as we climbed up, up, up the hills, especially Corino, eyes glued to the sea and full of comments. There were a fair number of cyclists on the road with us; I can't imagine! Talk about taking your life in your hands! Anyway, we were on our way to see a few sights, the perched villages of Peillon or Pelle, and maybe Notre Dame de Laghet.

We stopped at Eze, a perched stone village, along the way up the hill, basically at the top of the hill....about 10 years ago, I took my Mom on her "dream trip," to the south of France, and in one day I drove from Biarritz to Eze (then as now, I drive for hours!), and we stayed two nights at the best hotel in Eze, which is Chateau Eza, built on the ruins of a castle by someone like Albert of Sweden; 400+ years ago.

Here are a few shots from Eze; there are a lot of little stores, so it is a little touristy, but there are many photo ops for interesting architecture and vistas. It's a fabulous honeymoon spot, and the boys were agog over the Maseratis and Monaco-esque cars in the park lot at Chateau Eza. You park down below and the porters take your luggage up the hill for you. This is a boutique hotel, and even 10 years ago I gagged at the price, but it is fabulous! I never got the same photos that I did 10 years ago, from our room down to the sea, and from the marvelously engineered stone terraces... from our room it looked like our yard in california, with stone walls and giant succulents, so we never went for the walk; Mom wanted to see the villas on Cap Ferrat instead. I think I used my zoom a lot here; it's tough to appreciate the scale and the view; all I can say is that this is one of the most lovely corners of the world! 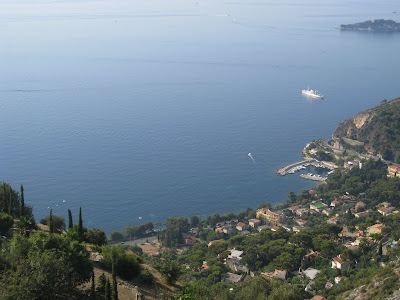 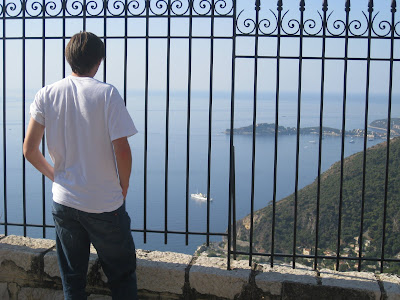 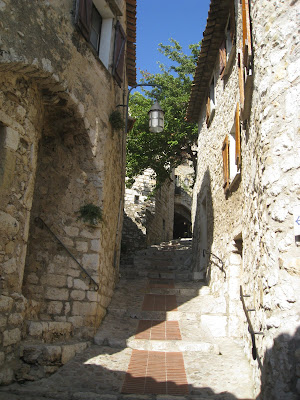 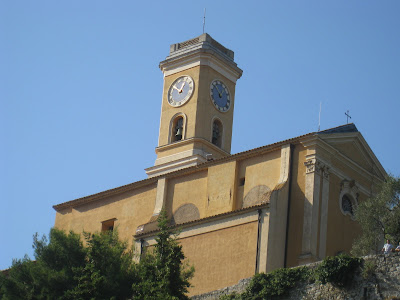 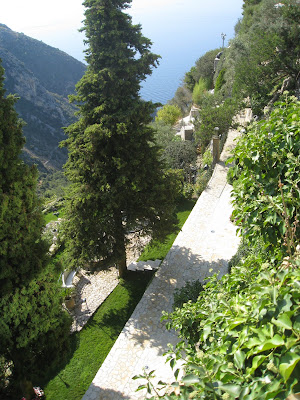 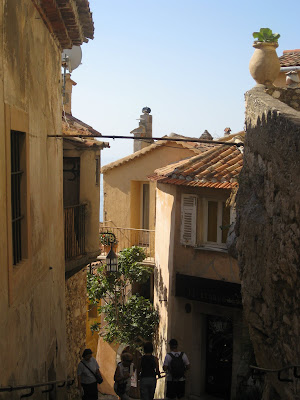