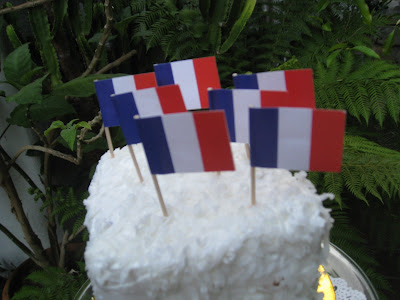 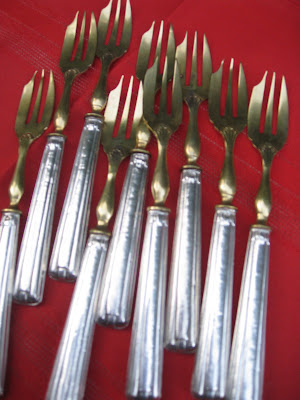 We're having a low-key Bastille Day today. The can-can music is still going around in my head from the French Festival this weekend, and I got my fill of Eiffel-Tower-everything. The only thing to do now is just go to France. One month until we leave.
I always enjoyed Bastille Day in Paris. There is a wonderful military parade up the Champs Elysee, which is quite serious and somewhat somber. The various groups of the armed forces and military schools parade past the President and the dignitaries, after the President rides up the Champs Elysee in his Jeep. I was there in the final Mitterand years, and first year or so of Chirac. I remember Mitterand in his last years standing in the Jeep with his wrists strapped to the roll bar so he would be able to hang on; he was quite frail at that time. The show ends with the PAF (French equivalent of the Blue Angels) flying low overhead in precision formation, streaming blue, white and red smoke. In New York one of the focal points for Bastille Day is a party on the block in front of Provence restaurant, but of course it's nothing like being in Paris so I went once and never again.
I LOVE French silver, and my latest purchase is some argent massif cake forks, with vermeil tines, and we'll use those tonight. I was disappointed to not find anyone selling French flags at the Festival, but I did find these little ones, and put them on the cake for tonight.
Posted by French Basketeer.com