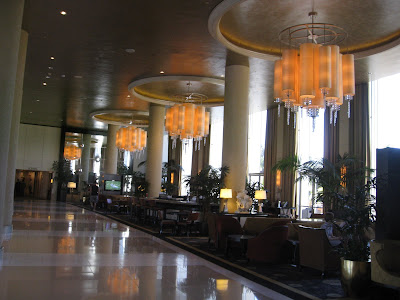 I was at an event today at the Century Plaza in Century City today; this is one of my parents' favorite hotels over the years. It's still quite grand. 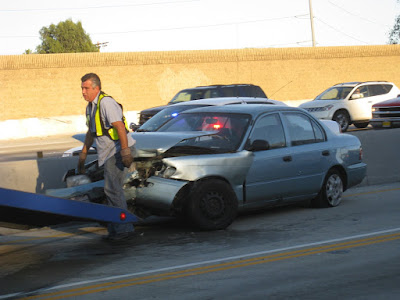 It was called the West Coast White House for many years, and the site of Bobby Kennedy's assassination. It was a very good show for me, good sales, good connections.
On the way home, coming down Santa Monica Boulvard, I got stopped at a light and my window was down. A homeless man there with a sign (one side a smiley face and "SMILE" the other side "Homeless vet") said to me "you sure got a lot of purses in there, don't 'cha." Yep, I said, and gave him $1. Wish I had taken his picture for that $1 but the light was green and I had to go.
Further down the road, there were two accidents on the 405; when will people understand that the center divider is not a skateboard ramp? A turned over car and a good smash up facing the opposite direction.; later a motorcycle down. Slow down, folks. 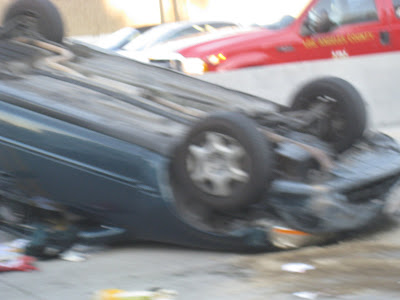