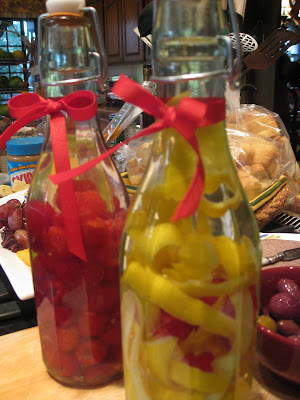 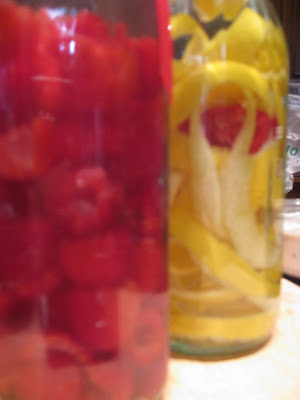 There are several times a year that you'd love to live in France. That would be August, so you could have a few weeks off with pay; and let's not forget if you happen to be pregnant, so you can get 2 years off for paid maternity leave. And of course, the Holidays are great in France; you get a week or two of paid leave, and you have until the end of the first week of January (roughly, the Epiphany) to send your holiday cards and wishes (Bonne Annee and Meilleures Voeux cards). It takes a lot of the stress out of it if you can send those wishes out through the first of the year!
I made a half salmon, intact, for my family for new year's eve, which is also Mom's and Stephen's birthday. I set up some bottles of raspberries, cranberries, saskatoons and lemon rind in vodka the week before, so we all had several rounds of infused cosmo's, since the grand-girls wanted to know "how to make a mixed drink." I guess they ARE in college! 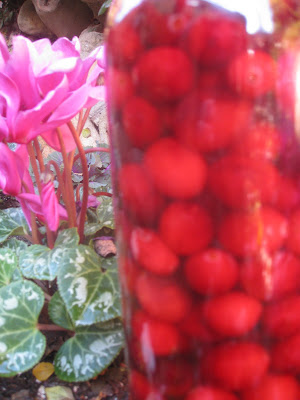