Following yesterday's post, I set out today to find Orange in the Pacific Palisades market, home of the Chic Shoppers armed with Hermes and Chanel bags, frequented by Jennifer Garner and Julia Louis-Dreyfus, in addition to a host of producers and tv personalities...there were orange T's and orange pulls; orange scaves, orange pants and orange bags; orange orange orange! Did you doubt it was a cool hot color? Are we in Italy??? 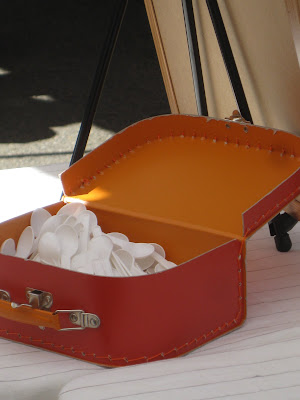 The farmers have had to scramble to get merchandise that was not ruined by the rain. Anyone growing in a greenhouse did fine, as long as your greenhouse didn't get halfway blown down, as happened to some farmers in San Diego. But today in LA the sun was out, and we had a nice selection of winter fruits, veggies and citrus: 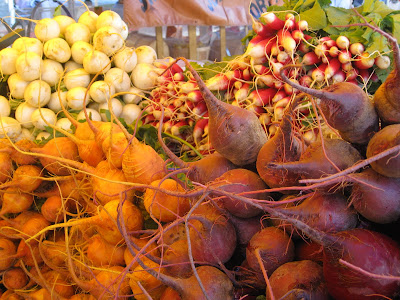 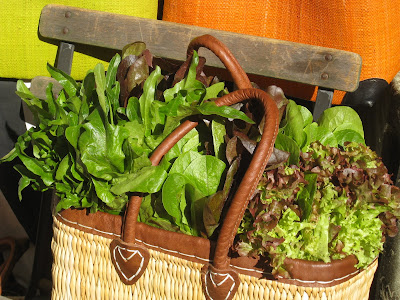 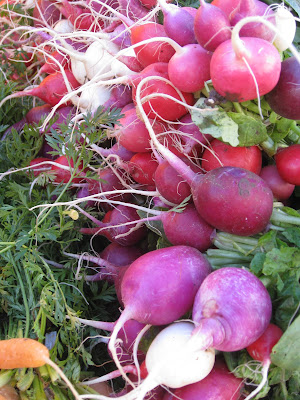 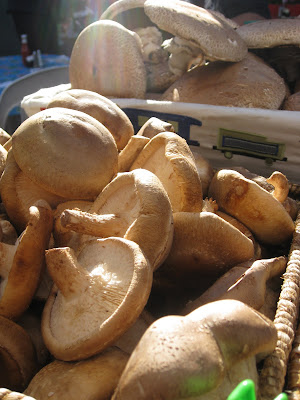 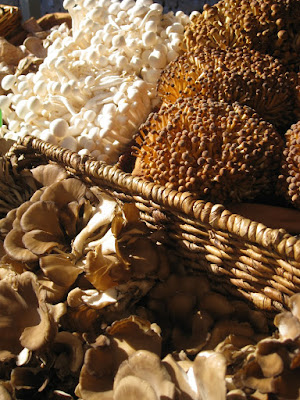 Meanwhile, on the hunt for Orange, I found Ronnie the Granola Guy's shoes: 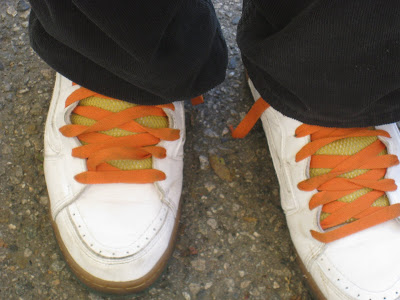 Orange straps on a tote: 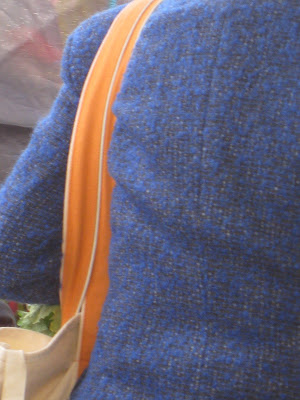 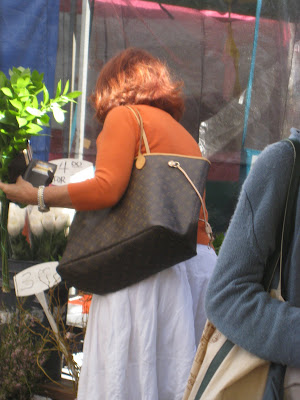 And of course my favorite Orange Cap Ferrat tote: 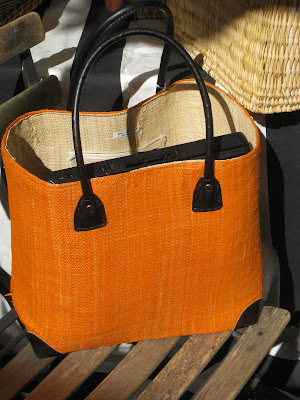 Don't doubt the power of the orange!