Why Does a Menton Waiter Cross the Road...? 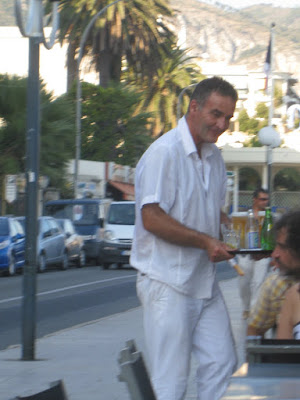 I got a nice email today from Karyn, who is with the Laguna Beach Sister Cities group. I used to have more time to go to the meetings, but not lately.
Anyway, Menton is the last French town before the Italian border, and it is suitably influenced by Italy. It is now tied with Laguna through Sister Cities International. But while I loved the ochre and Italian-influenced buildings, the citrus trees outside the train station, etc, what I remember most about Menton is the beach.
There are cafe's on the inland side of the two-lane coastal highway, with tables and umbrellas set up on the ocean side. Beyond the tables and chairs and umbrellas is the beach, which is pebbly not sandy, and full of umbrellas.
If you want a drink at the tables, you sit for a bit until the waiter arrives, and place an order. In our case, as it was full summer, the waiter arrived with a tray on his shoulder, in white clothes but drenched in perspiration. He had to cross the coastal road to get to our table; so he went in between the cars, jaywalking, as there is no crosswalk there. It would be like having the waiters go back and forth across Coast Highway non-stop to get from the restaurant to the tables. This of course makes no sense, but it is completely French and it works, there. I had no luck finding the fancy Mediterranean garden I was looking for, and the tourist office was closed for 2 hours at lunch as in France. I got my gelato, then sent the boys back to buy their own; they did the "point and grunt" thing and weren't totally sure what they were eating, but I figured next time they would come more prepared! 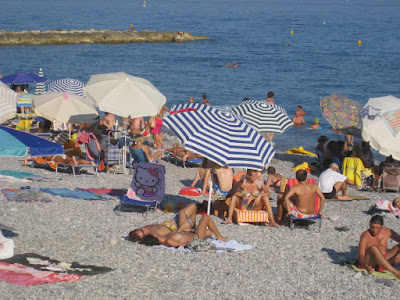 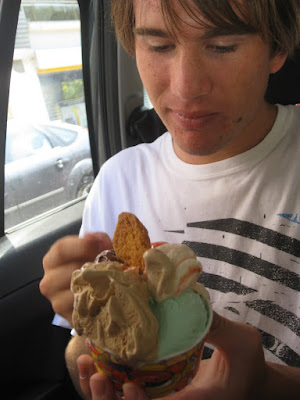 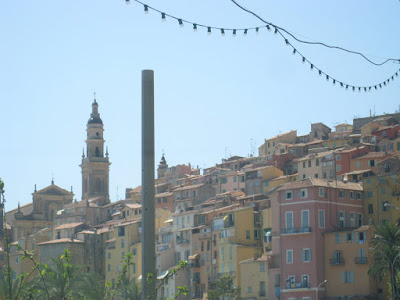 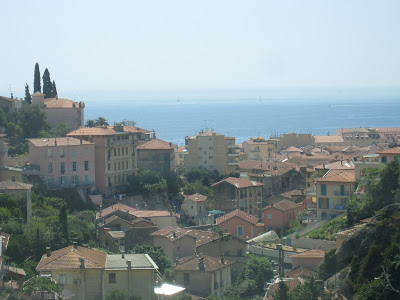 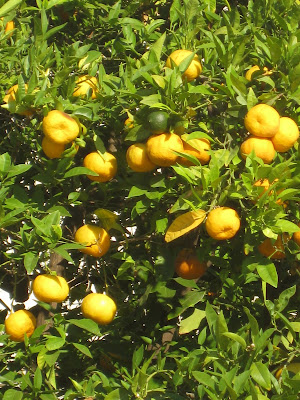