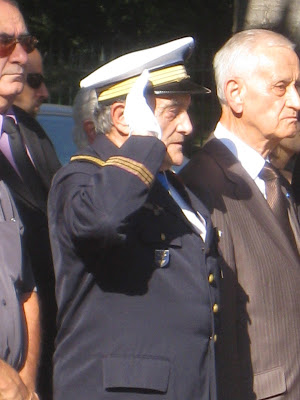 I was in Palisades market this morning when one of the regular celebrity shoppers came up to my booth and said "Hi; I bought a rolling cart from you a little while ago." Me: "You did?" Her: "Yes." Me: "Are you sure you bought it from me?" Her, cheerfully: "Yes, I'm sure." It was a sort of an Abbott & Costello exchange, which went on for a minute, with me being the dumb one. Turns out there was a little issue with the cart, which is easily fixed and I will do next week, but it had me pretty rattled at first. I KNOW I would have remembered if she had bought from me. And if she had, I would have comped her or given it to her at cost.

She was on her way to take her sister to the airport, so she said she would come back later, or I suggested, early next Sunday.

I called my sister and my niece, who worked for me while I was in France. Did you sell to "so and so." You know, from this show and that show? No idea; but they described her current market gear to a T. So it WAS her, my family is just kinda lame at recognizing celebrities, and they don't watch much TV I suppose. I mean I don't watch TV a lot, but I know most of the major folks. And for sure Ronnie the Granola Guy was not next to them that week or he would have told them who she was.

Anyway, I am slowly becoming Basketeer to the Stars. I will take care of my celeb client next week. She happens to be very very into Green issues and I'll be sure to tell her I appreciate that....the photo is from the summer trip; while my niece was selling baskets to the stars I was at a WWII rememberance event in Arles, and this gentilhomme was there. It was like 100 degrees, but he was out in hat and suit and gloves. Vive la France!
Posted by French Basketeer.com