It’s become my habit over the last ten years or so that after flying into Roissy (Charles de Gaulle) I stop for a café and croissant in the airport then pick up a car and go.  In order to do everything I want to, I usually arrive early on a Saturday morning so that I can stop by the flea at Clignancourt, make a brief stop in Paris to hit a few stores, and then continue on to Beaune or wherever I’m headed so that I can arrive in time for dinner.  This trip was different though, as it’s winter, and I’ve been low on sleep.  R insisted that I not make the 2.5 hour drive this time and take the train instead. A few years ago I made the drive to Beaune alone, and on exiting the Autoroute I mistakenly got in the wrong lane, and very narrowly avoided a head-on collision on the next curve.  That was definitely a sobering moment, to see a car coming at you and being so close that you and the other driver each see the understandably shocked look on each others faces.  So now I take driver fatigue seriously, and when R suggested that I not drive, I thought he might be right.

As the shortest day of the year is approaching, you definitely see the difference in the winter days.  Arriving into Roissy at 7:30am, it was pitch black. Dark, cold, some light snow and rain, grey landscapes….maybe not a good time of year to be on a multi-hour drive.  But in order to get the TGV to Dijon and then on to Beaune, I had to get to Gare de Lyon, which meant taking the RER into central Paris, with one transfer at Chatelet.  That sounds simple enough, but I remember now why I haven’t been on the RER in 10+ years.  It’s a total drag to get on a packed train and make those transfers with even one suitcase, and I had a carryon roller bag, a medium sized rolling duffle and a small personal bag.  After a short1.5 hours on the TGV to Dijon, then a 20 minute train to Beaune, I finally arrived.  R was there waiting for me on the platform, and pronounced me as looking very Americaine as I basically kicked that rolling duffle off the train.  It was kind of a weak attempt at humor as he could see that I was not happy with my mode of transport given the luggage.  And I forgot to mention, what was in the duffle?  Let’s see: his clothes, his books and art, several cans of coffee, kitchen sponges, cayenne pepper and moth balls…all those little things that he asks me to bring over.

The TGV is not simple for many tourists to understand.  The boarding process is different, depending on whether you are at the station where the train originates or if you are at a station along the route.  Along the train route, you wait on the platform for the train to arrive and then have about two minutes to get on or off the train, and you have to know where to stand along the length of the platform so that you will be able to board your assigned train car.  The train might be comprised of ten different cars, so you have to know where you need to board and find your assigned seat. If you board the train at its origin, as I did yesterday at Gare de Lyon, the platform is usually announced about ten minutes prior to departure, so everyone stands and watches the monitors until the platform number is given, then you have hundreds of people all jockeying to get on the train at once, and again you have to know how to find your car and your seat.

All of that is just background information in case any of you are traveling to France sometime.  I was thinking of my Mom and a few of my friends as I navigated through my day and walked for what seemed like miles with my luggage; if I were staying in Paris, I’d take a taxi for sure.  If I bring any family or friends to Beaune, we’ll be getting a car at Roissy and I’d never subject anyone to the series of train transfers.  R travels light, with a briefcase or one small roller at most.  The TGV is ideal for him to get to Beaune as he times his flight to arrive just before the TGV goes directly from Roissy to Dijon.  The TGV is also ideal for business travel, or if you are traveling long distances….you can get from Paris to Avignon quickly on the TGV, but be prepared for a little stress as you board with luggage.

Once in Beaune, though, all my travel stress is gone.  Actually, the stress began to melt away in Los Angeles, as I perfumed myself liberally with my favorite Chanel No. 19 at the duty free then boarded my flight.  On other airlines it seems like there is a lot of noise and commotion as everyone gets settled.  On this Tahiti-LA-Paris route everyone is relaxed from their Tahitian vacation, a few new passengers board in Los Angeles, but there is simply calm as you listen to the Tahitian music and passengers are speaking French in soft tones.  But back to Beaune….after dropping off the luggage at home we made a grocery run after a brief stop at a wine bar for a Welcome glass.  R said take photos later, but right outside the front door I began to see all the French lovelies that I wait for~ 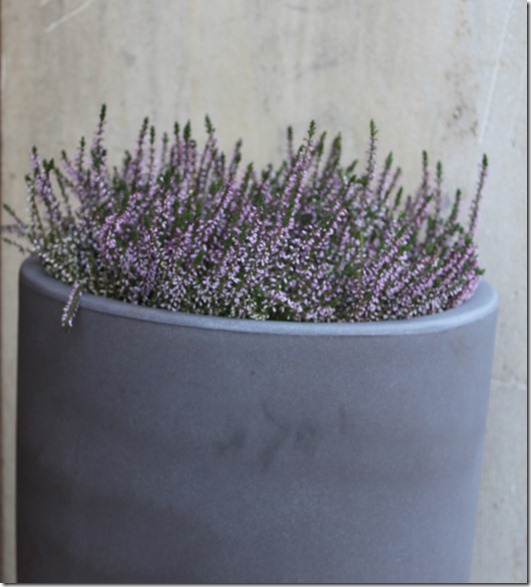 Thankfully R has the house reasonably stocked for food, and while I was ready to make moules frites, he wanted lapin Dijonnaise.  I don’t remember what else goes in the pot, but I just used what we had on hand~ 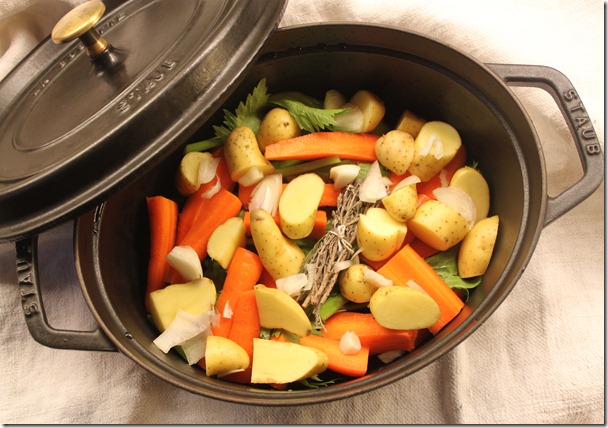 I powered through the day, got a good night of sleep and am on local French time today.  And what a day it will be; going to pick up the car later this morning, get a Christmas tree, run some errands with R and take a ton of photos.  R also presented me with a page-long list of our “to do’s” and a pile of laundry,  Lots to show and tell you. So stay tuned….