There is a scene that is played out across France in the early weeks of December.  It doesn’t matter if there are twenty children in the village or two hundred, it happens each year and is a highly anticipated event…..when driving through strange towns in the late day, be on the lookout for a beautiful horse, often with sleigh bells, pulling a carriage~ 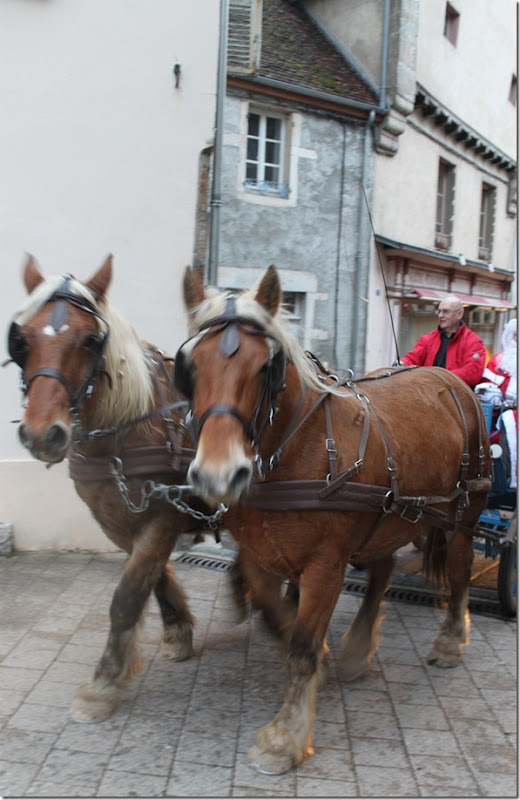 But regardless of the team, you can be sure who is in the carriage; none other than Pere Noel!!! 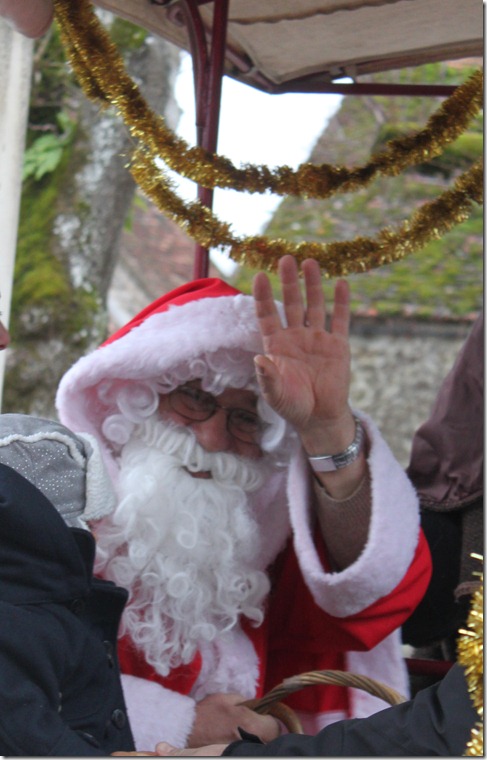 Par ici, Pere Noel, ici!  In his hands he always hold some kind of a basket, filled with candies.  Here he is in PontAubert, near Vezelay~ 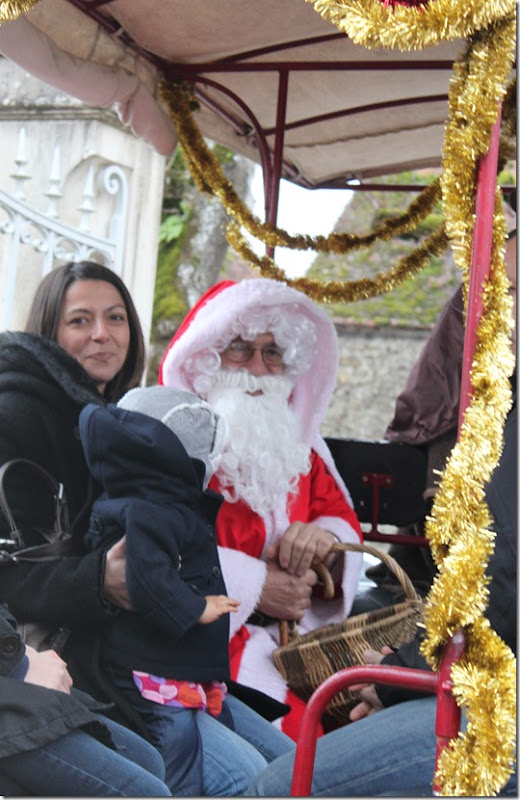 Pere Noel is as mobile as Santa, for a short time later he pulled out of this building, the Mairie of Arnay le Duc some distance from PontAubert; showing you this for the pretty building, though I was on the run chasing Pere Noel’s carriage and this was a very quick snap~ 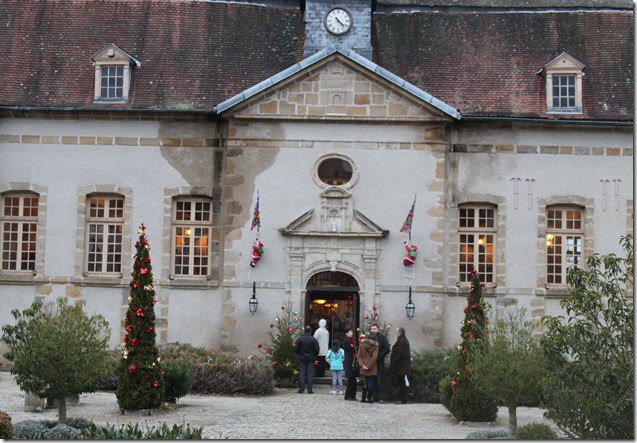 The carriage went up through the center of town, as I raced up from the bottom of this hill.  Children and their parents lined the route and Pere Noel threw candy to all of them~ At the top of the hill, the carriage stopped and Pere Noel was absolutely mobbed by children; here you can see his red and white cloak and peaked hood; always the same in France~ 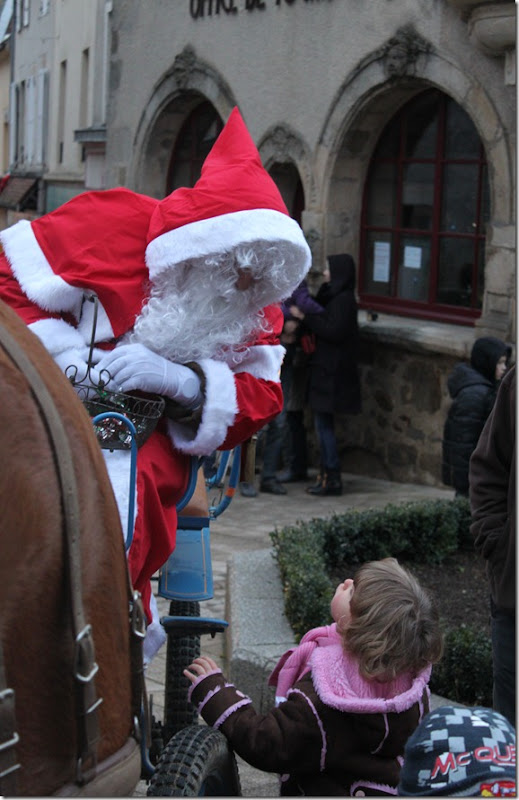 The commune’s very large Sapin de Noel will be lit after his arrival; I have no idea why the bottom third of the tree is not lit but surely there is a good reason~ 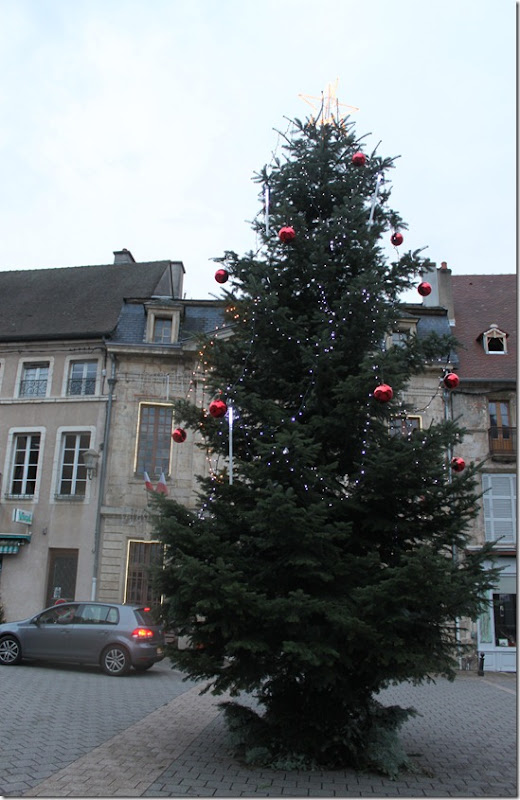 ….wishing you all a Joyeux Noel~