My mother has been waiting and dreading this day for a long time, I’d say ten years at least.  I spoke to her last night, and she seems to be more focused on my return than on today’s date, and that’s a good thing.  I’ve heard just a few snippets about December 21 here, and most people seem not to be bothered.  The one exception was the antique dealer I saw yesterday.  It’s a Pere et Fils operation, and they have the best store in town with true period antiques that are among the best you’ll find anywhere in the world.  I know the Pere and often stop in to say hello; this time the fils appeared from the back office, with a small black and white dog at his feet.  I explained that I am a neighbor and a blogger, and wanted to walk the store and perhaps take a few photos.  Maybe he didn’t like the blogger or photo comment, but his mood changed and he abruptly said he was leaving in five minutes for Paris and so I should come back Monday.  And by the way, he added, le chien est menchant so don’t pet him.  Yow.  Talk about grumpy.  Other than that, everyone here is perfectly nice and stress free.

This morning I decided to go for a long walk.  So as the bells were ringing for their usual five minutes at 8:45 am I left the house.  You can see the enormous spire of the Hospice from a long way away. 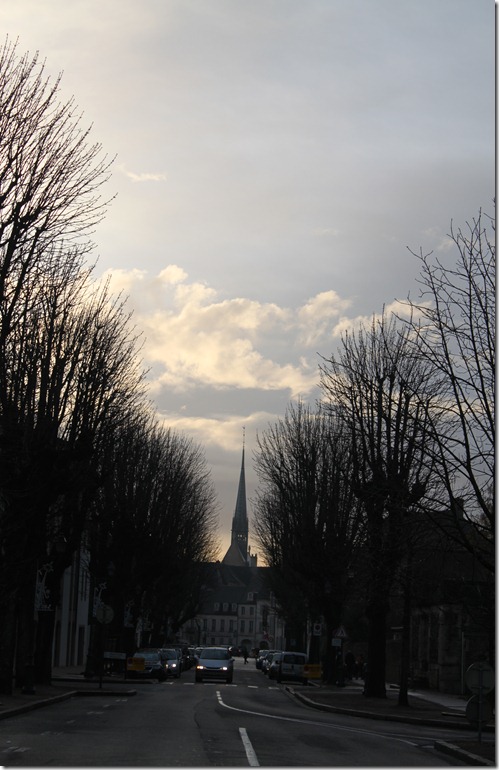 I headed down to the Parc Bouzaise, which is a relatively short walk.  The geese and ducks are here all year; I didn’t see the swans today though. 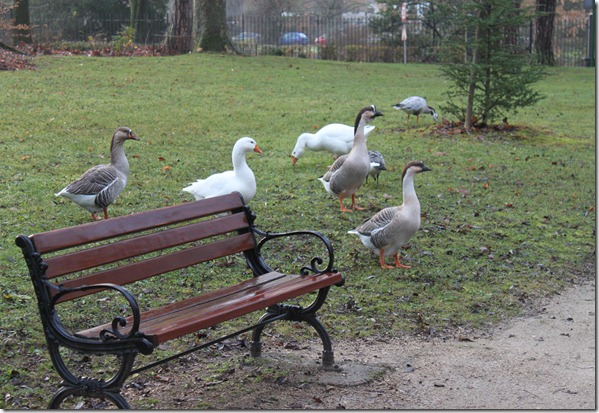 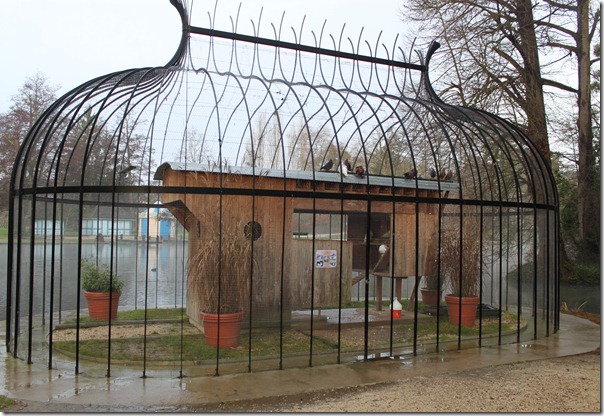 The very large pond is a focal point for town in the summer, when it’s full of rowboats and the carousel is in action.  This morning there was no one there, just me and the duckies~ 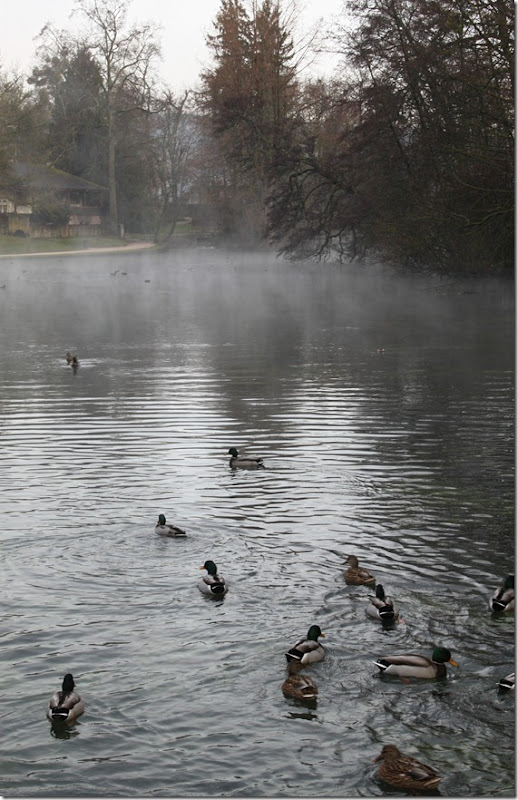 There are several concession stands; closed for winter, but waffles and ice cream in summer here are a welcome treat especially after we’ve had a pique-nique~ 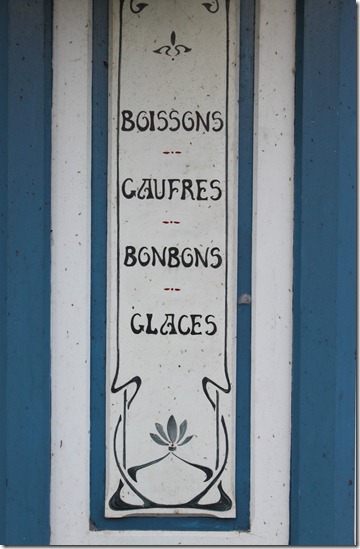 The town has continued to improve the parc over the last few years; you used to not be able to see the vineyards at the back of the parc, now the vista is clear~ 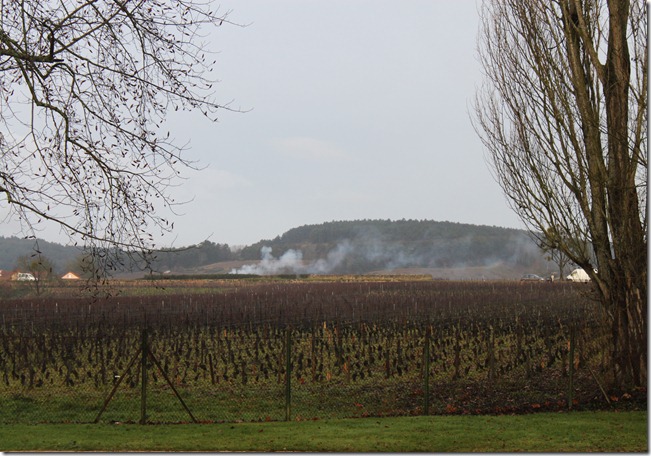 You can continue to walk up the hill and up to the montagne as they call it; that’s about a two hour hike.  Today I walked a little further to appreciate the hazy smoke in the early morning air~ 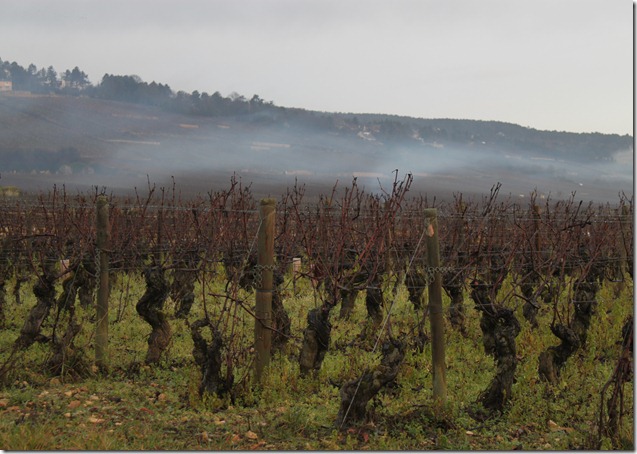 The crews were already out working, here you can see they need to wear goggles to avoid all the smoke from the bidons~ 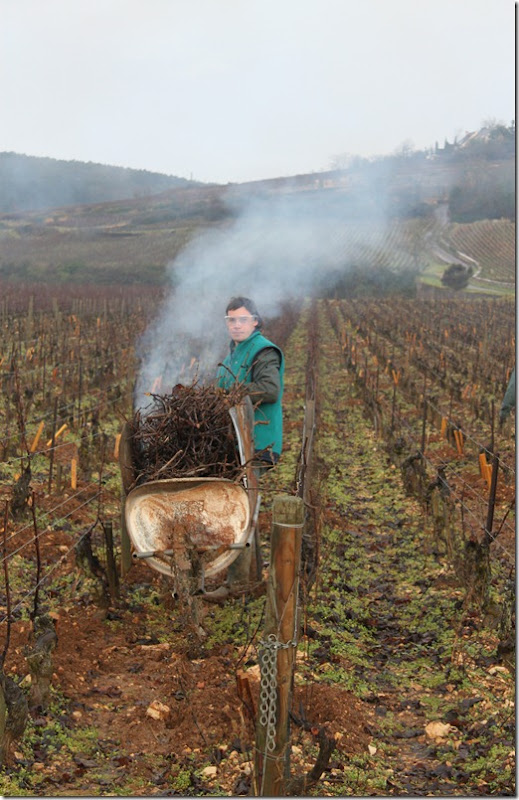 Never ending work; the little bundles here are ready to be burned~ 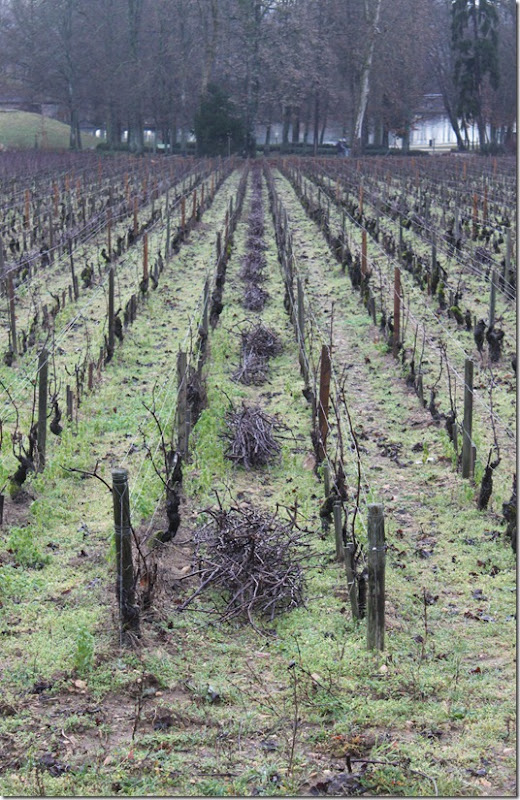 I continued making my way around the perimeter of the parc when I heard a dog bark and turned around.  Who was on the sidewalk coming my way?  Improbably, it was the woman whose photo I took at the market last Saturday!  Bonjour, Bonjour she said as she slowed; “The other side is much more dangerous”.  I stepped aside to let her pass; and there she goes! I love this woman!

A little further down the road, I stopped to see the new fermette that the town has added to the parc; love the sheep~ 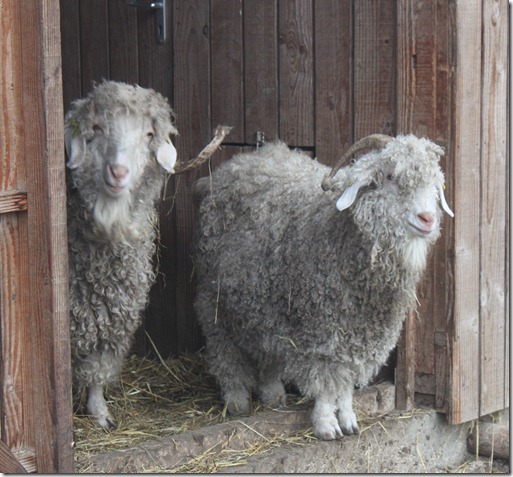 I took video of them too; I have to get back to the videos though later.  There is also a little cochon in the pen with the sheep.  At first I thought this little piggy was cute, but a moment later he got in my bad books; I’ll explain later…. 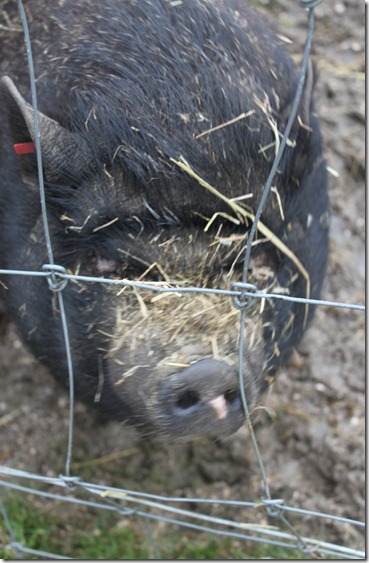 And chickens, there were lots and lots of chickens around…..free ranging it~ 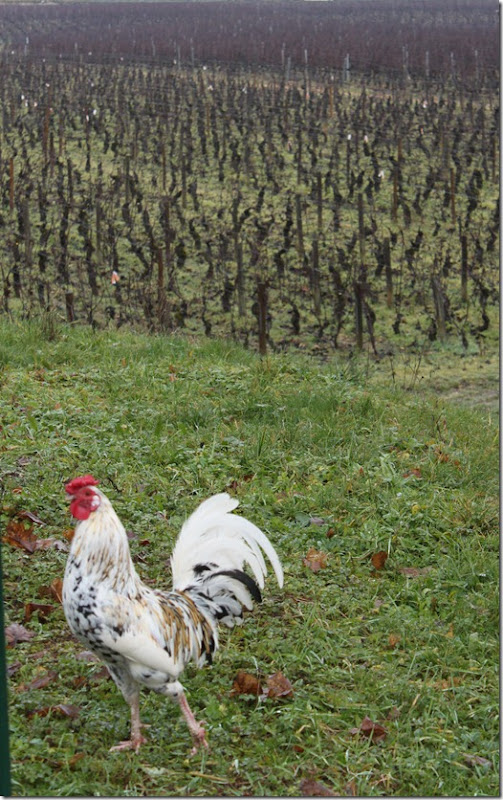 On the way home I noticed something else that’s new; Beaune now offers free doggie poopoo bags. Toutou by the way is the French equivalent of doggie, a diminutive phrase.  Saisissez la Dejection.  That’s a pretty elegant way of putting it, isn’t it~ 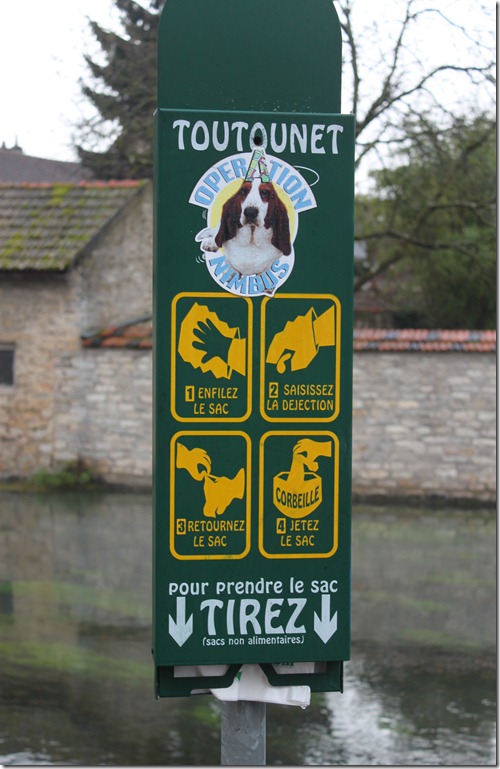 Now I know a ton of ladies in the States who would love to have a French poopoo sac; so I filled my pockets with sacs and will go back to get some more before I leave~ 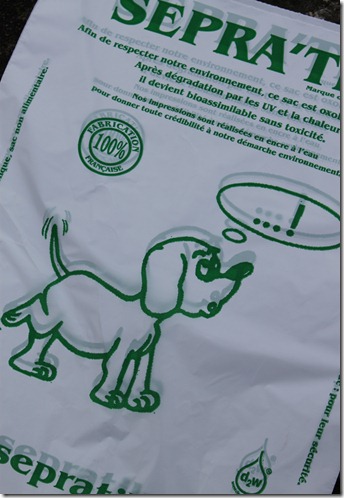 Mais oui, bien sur, my Dog is French!  Enjoy your day; I’ll be glad when this date is past.  I’m off to pick up some dinner rolls for the photo shoot (uniquement sur commande) and then it’s time for more photography again.