Sunday is one of my favorite days of the week in Beaune, principally because the kitchen is fully stocked with all the best from the Saturday market, and the cadence of the town is different from all the other days of the week.  It’s a day of rest, a day with family, a day to have a nice meal and go for a walk. This Sunday was my last of this trip, so it started early, hours before dawn.  I wanted to get rid of the rest of the cardboard piles, so I decided to take advantage of Jean-Luc’s chariot that was still sitting in the rez de chaussee.  Talk about rolling out the door; here I go in the wee hours~ 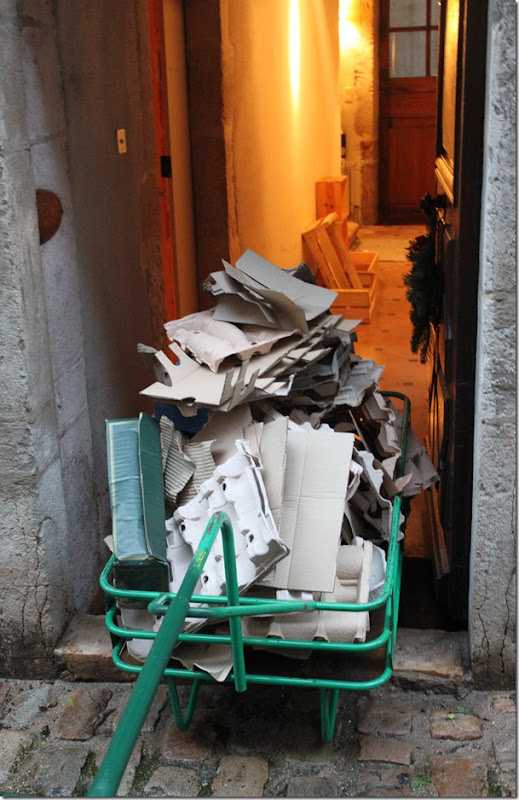 That was easy; bumping over the cobblestones, I filled up the recycle dumpster yet again, and the piles were finally gone.  Around 8:30 it was time to get out for a walk and get breakfast.  At that hour, there are very few people out; except perhaps a few of the bonnes-soeurs, who are making their way to the Collégiale for 9:30 mass as they do like clockwork on Sundays~ 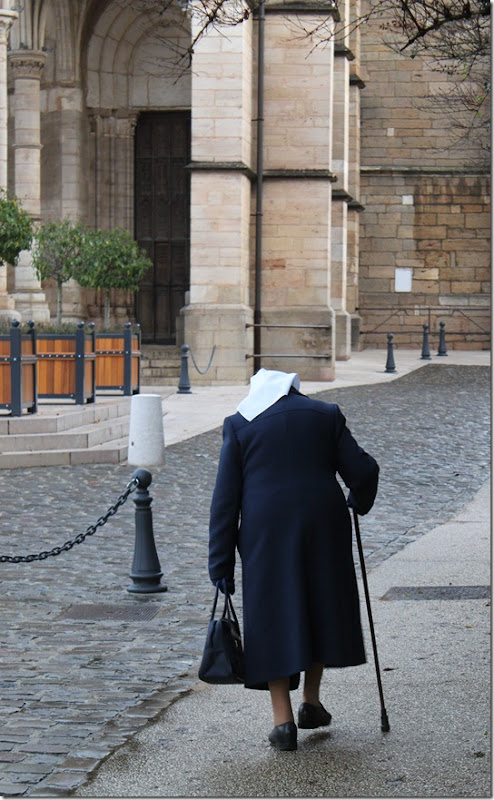 I headed up the road to “the Sunday bakery,” since most of the others are closed and so on Sunday I buy there.  Today, a baguette, a pain au chocolat for R and a croissant pour moi~ 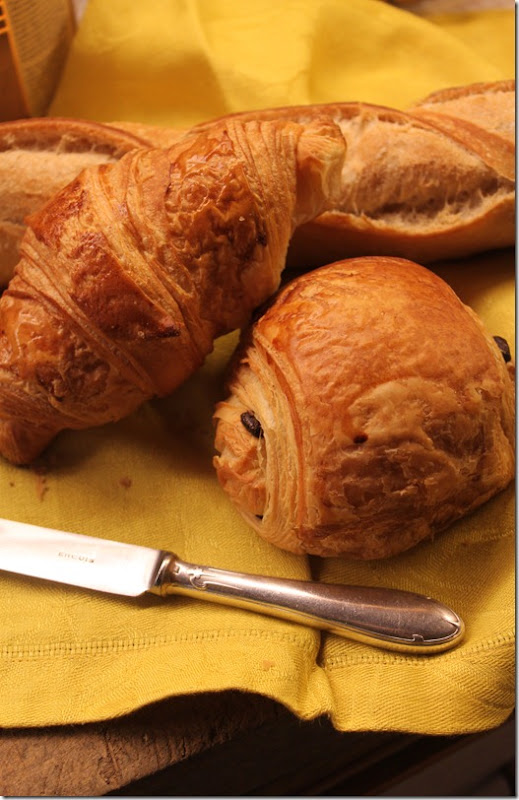 If you live anywhere near the center of Beaune, you won’t be sleeping in late on Sunday, because the bells of the large church dedicated to Notre Dame (known locally as the collégiale as it’s one step below basillica) will tell you it’s time to get up and go to mass; the bells ring twice, at 9:30 and 11am, just before mass.  I stayed to listen to the bells then headed off to the 11am mass.  They ring for a full five minutes, but here’s a snippet~ 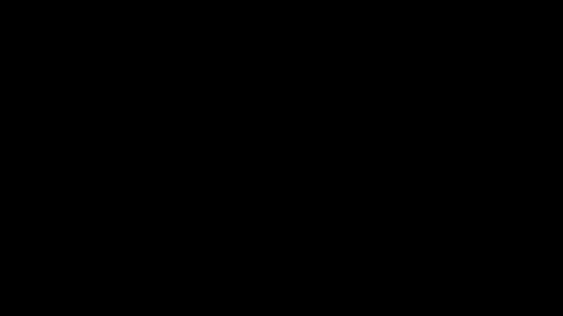 Sunday in most of France is dedicated to family, food and rest.  Many people will join family and friends for a nice meal in the afternoon, which will take at least a few hours and possibly most of the day.  And like all good guests, they will bring a boxed cake or dessert or something nice from one of the local patisseries, and it’s common to see people dashing about the center of Beaune with patisserie boxes in hand, especially from my favorite, Bouche.  The town slowly comes alive, as everyone is out walking, often with their dogs, and parents are out with their children~ 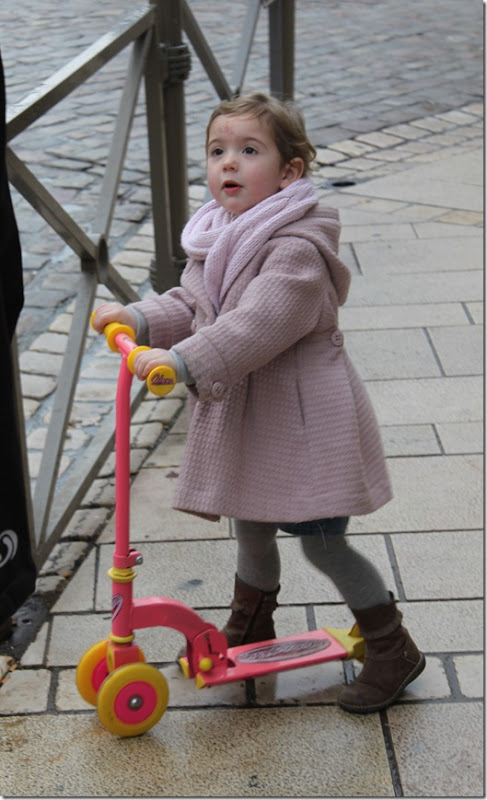 Now that mass was over but it wasn’t quite time to have our big meal of the day, I decided to get some work done.  Our second “big” project of the trip was to clean up the chauffage or heating room.  This is where we store tools, the garden hose for the terrace and extra tiles and bits of wallpaper.  OK, it’s kind of a junk room.  But it’s also where I have a small laundry drying rack, and I hate stumbling in here in the dark.  This is the “before”….now you can see why this room drives me crazy~ 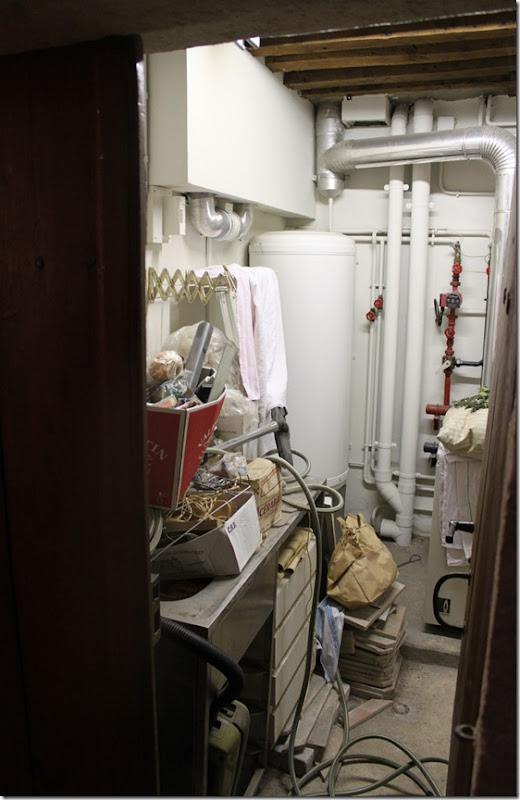 Certain things got tossed, the hose was coiled up on a 6’ tall coat rack pole that only had two poignees left on it, and the non-working stainless steel sink was moved out onto the terrace.  I cleaned up and then arranged the wine crates that came from the cave on one wall; all the old tiles and various bits of stuff fit neatly into the little cubbies now.  And I can reach the laundry rack.  Much better~ 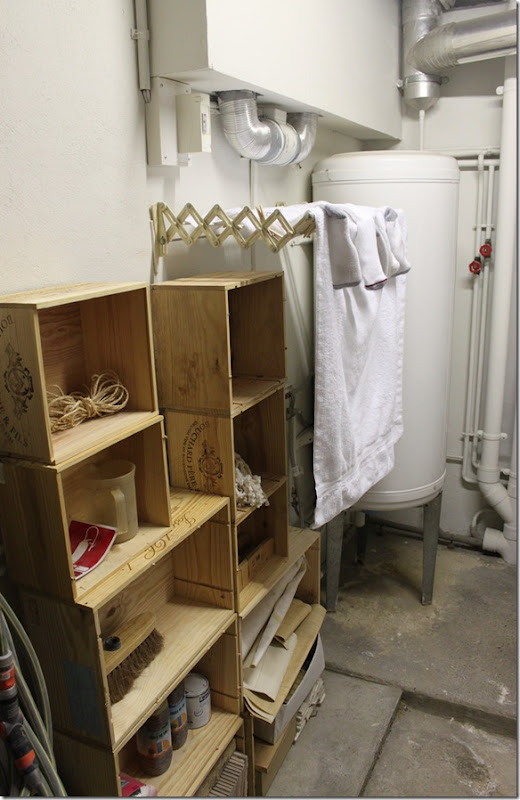 R was very impressed with my work, and then announced that he was getting very hungry.  Time for lunch!  I started the moules and then was ready to put the frites allumettes on. But opening the freezer, I found….sweaters?  Oh yeah, the other project today was to moth-ball all of R’s winter sweaters, and he went ahead and put them all in the freezer for me.  Out….that’s for later this afternoon~ 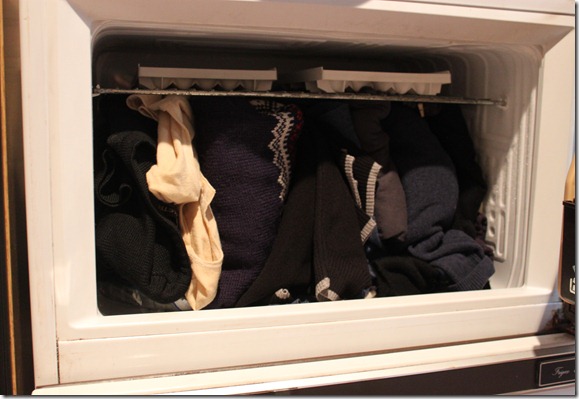 Moules Frites is one of my favorite meals in Beaune, one because it’s rather light and delicious, but also because I serve it in my large porcelaine blanche soupiere, with a large and pretty silver ladle.  Some of the moules you’ll find are from Spain, but the smaller, better ones are called bouchot and come from Normandy, right by Mont Saint Michel.  They were so good, of course we ate the entire pot~ 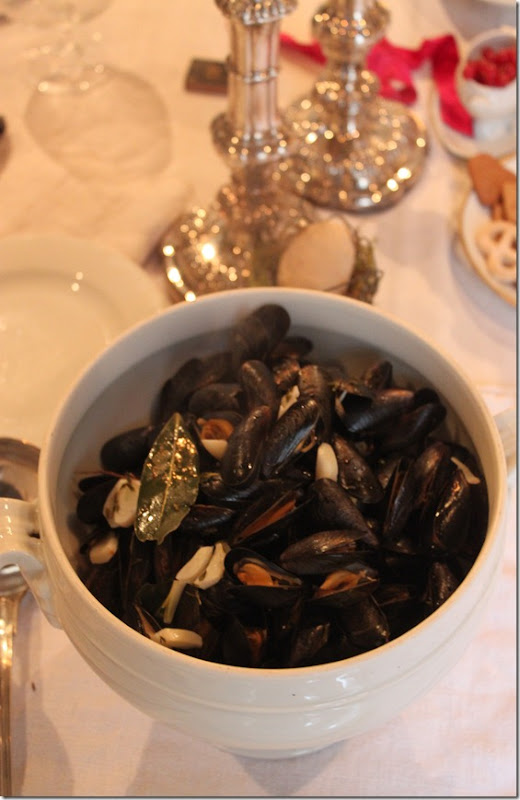 For dessert we are having apple tarte in puff pastry, which I made early in the morning~ 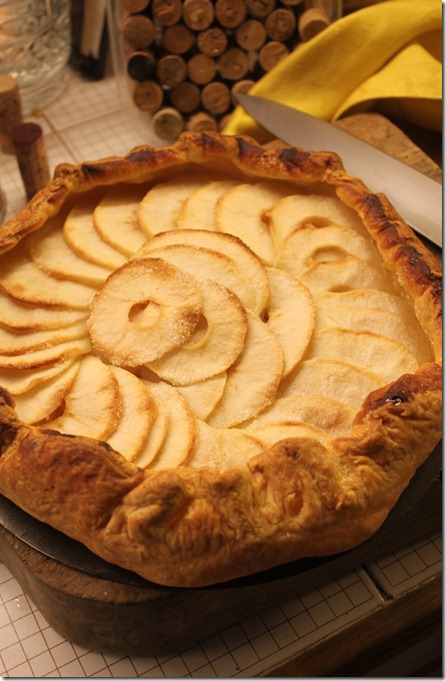 and after lunch, just to be sure that R does not die of hunger after I leave, I put a large cocotte of boeuf Bourguignon in the oven and set up a large jar of homemade sauerkraut made with a Savoy cabbage from the market~ 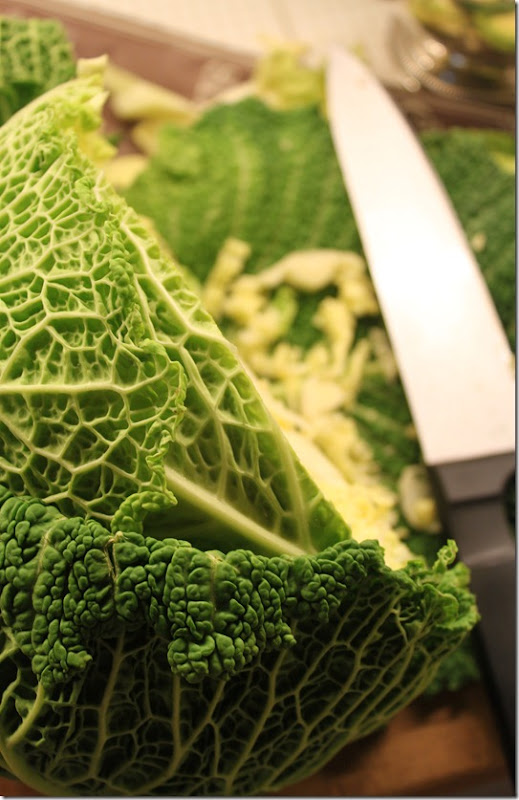 There was also more clean up to do from the shoot and from the week in general; the greens and mossy logs I had put in the fireplace were thrown out the back window and landed onto the terrace for disposal later; the bucket of water from soaking R’s feet was thrown out the front window onto the cobblestones after assuring the street was empty.  And I repotted my flowers from the shoot in Jean-Luc’s silver cups, these will go to Jean-Luc’s shop when he and Cedric pick up all the shoot elements on Monday,  A lot of work, dispatched quickly~ 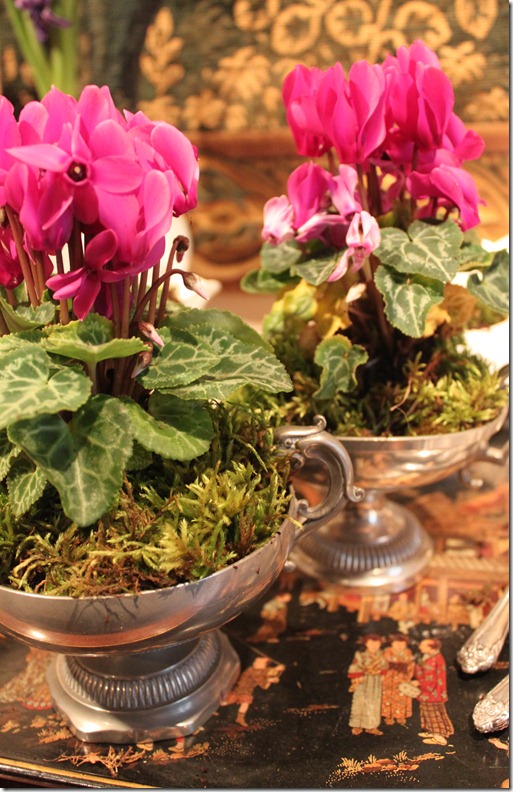 It’s traditional, after Sunday lunch, for everyone to go for a walk, in a group of two or a group of twenty.  After the little cleanup, we did the same, heading to Parc Bouzaises, joining the rest of town who was out for a stroll. 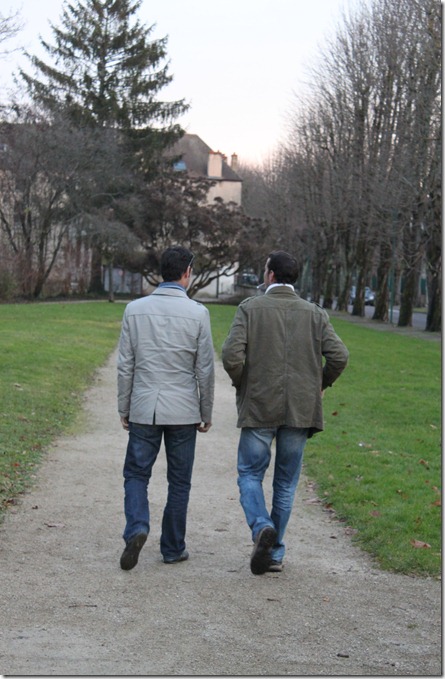 What R did not know is that part of the reason I wanted to go to the Parc is that we had to walk past Marie-Pierre’s antique shop, which happily was open.  Hehe….you will see more of her shop later; but it’s LADEN with all sorts of antiques, but her specialty is tabletop: linens, silver, porcelain, flatware, glasses and crystal galore.  After reviewing my photos, I have to contact her to have her set aside a small pile of merchandise for me, but on Sunday I managed to get R to buy me a beautiful 19thC porcelaine blanche soupiere to go with my collection.  It’s less ornate than my favorite, but slightly larger.  When we have guests in the spring, we will now two soupieres on the table full of moules frites, and that will be a pretty sight~ 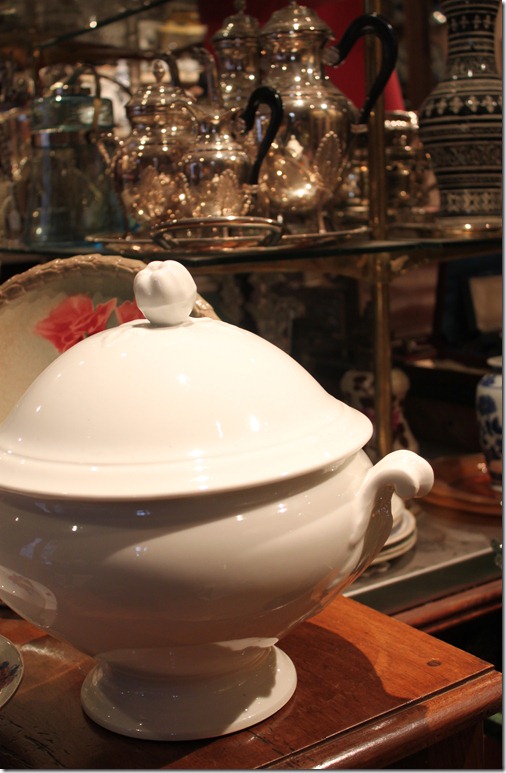 After the shopping detour, we did make it to the Parc, saw the ducks and sheep again, and let our food settle a bit.  Coming back to Beaune, the town was absolutely packed, as it is in summer, with shoppers making their rounds in the nice shops in the center of town and everyone out for a stroll given the mild weather.  The kids filled up on cotton candy as they waited in the long line for the carrousel~ 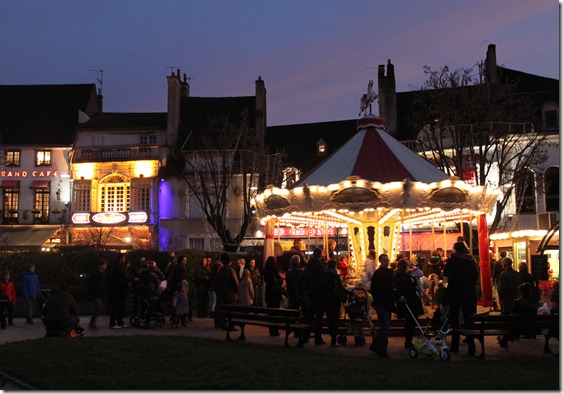 After a little snack for dinner and a bottle of Chabolle Musigny, we headed out again in the dark to see the Christmas lights.  Will show you those next~