The day started well enough; coffee and some emails, a bit of organization of mes affaires. Around 10am we decided to go for a drive, and went to one of my favorite shops of all time. He is a genius; the merchandise is never the same but it is usually presented in quantity and with extreme creativity, 1,000% French, always natural; here a selection of antique copper; don't pass up antique copper~ 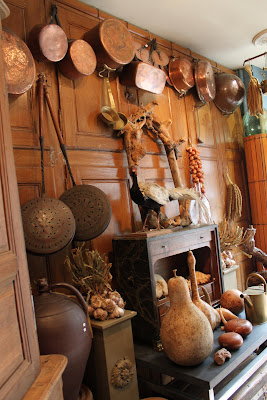 On the opposite wall, a selection of bocaux, which are jars for storing food and such; those these are the antique ones~ 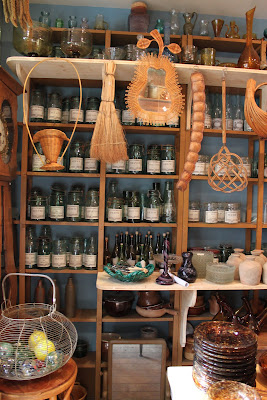 he layered these with art glass on the top shelf, and natural items hanging in front~ 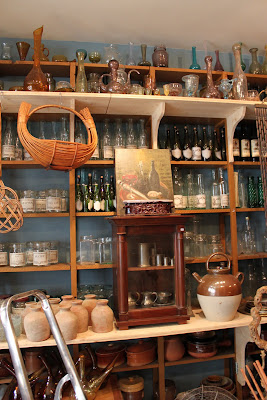 I bought two of these today, but I am going back to buy about 20 of them to bring back; some have open tops, some have hinged lids; these are the French version of vintage Mason Jars~ 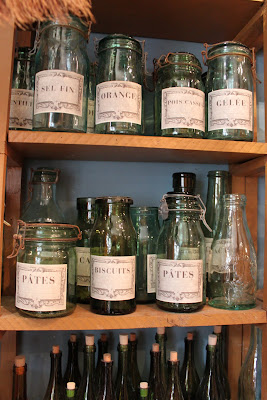 but these are all labeled (his, new) with great French food names~ 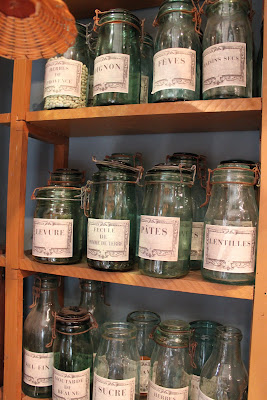 in back of the store there is a small garden; you never know what is here; it is arranged in a seemingly haphazard way~ 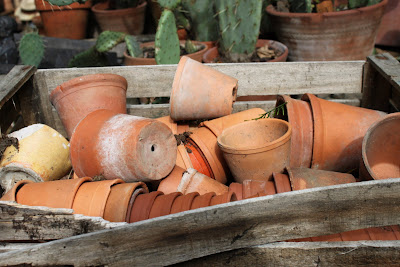 and the pots are often arranged here; the little "hats" on top are what are used in Burgundy for chimney toppers, in terra cotta; I think I should bring one home~ 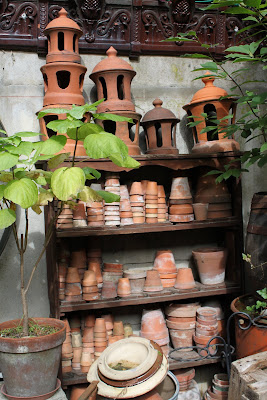 there is a small greenhouse structure, open on one side~ 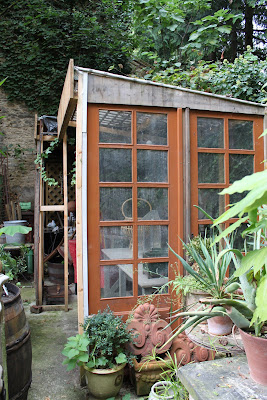 and several marble mantels, though they are filled with wine bottles and topped with succulents~ 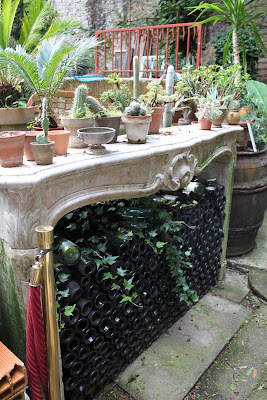 other wooden items and crates are around~ 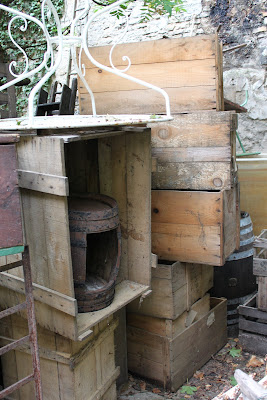 and of course lots of wine jugs; we call them demi-johns but the French call them bonbonne's or dame-jeannne's~

the casual arrangements run contrary to most shops, but you would fall in love with them...perfection in seeming chaos~ 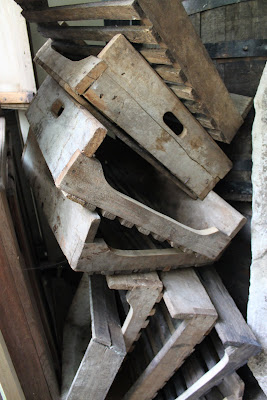 After that stop, we wanted to go for a drive by Meursault, but first we stopped for gas. "Diesel?" he said, as we pulled up. "No, sans plomb (unleaded)." R gassed the car up then we went a few doors down to a favorite restaurant, which is a working-man's place; akin to a truckstop; here the parking lot at noon, before the rush~

the food is home-style, and Madame and Monsieur are always there....

Several years ago, Madame shared a secret with me; take any good jarred French mustard and whip white wine into it. This changes the texture and the taste and is fantastic~ 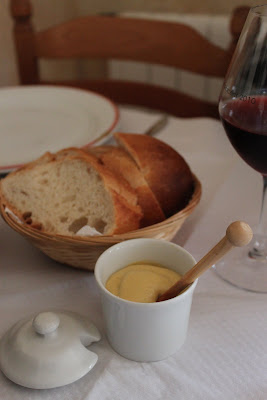 We had stroganoff and potatoes dauphinois; for dessert, gateau bruni; of course: brownie with creme anglaise! It was the best brownie I have ever had, fait maison~ 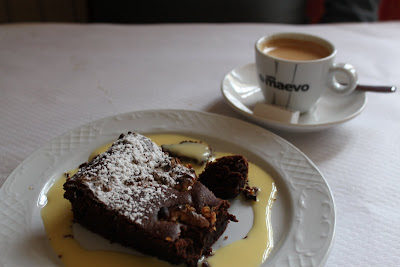 After lunch, we decided to head up to the vineyards, except that we went about 1k and then the car began to shudder and the Check Engine light came on. "Are you sure you didn't put diesel in the car?" No, he said, he put Gasole in. Crikey!! That is diesel! We pulled over, hitched a ride back to town and found a service station~ 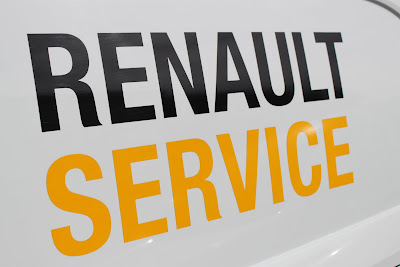 A short while later, Jerome helped us with the tow~ 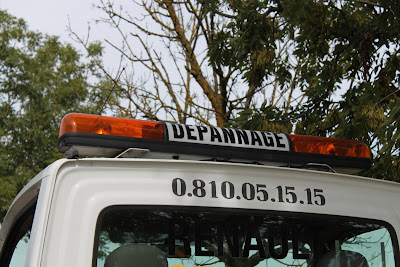 I call this car the Wee Car because the license plate ends in we; I will bring Jerome a bottle of wine tomorrow; he is a cutie, looks like a young Ben Affleck, but of course he fixed our car so that was all that matters :)~ 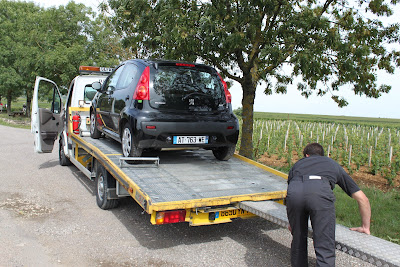 At the station, Jerome and he helper removed and drained the gas tank; they sent R off in their truck to get a jerry can or bidon full of unleaded~ 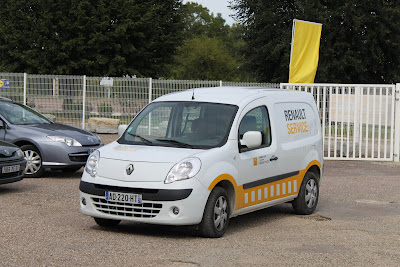 this is R arriving back at the service station in their truck ~ thank goodness it was not me who made this mistake or I'd never hear the end of it! It took another 40 minutes to prepare the bill, which was only $100. Then we were on our way home; where is my glass of wine!? There is a Bresse chicken in the oven now and soon the pannage will be forgotten.....
Posted by French Basketeer.com