French Basketeer is One Year Old!! 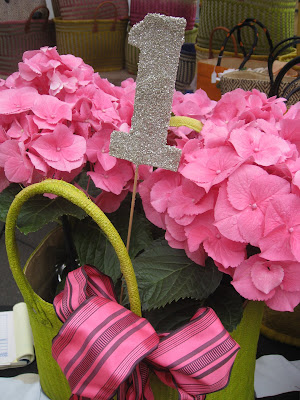 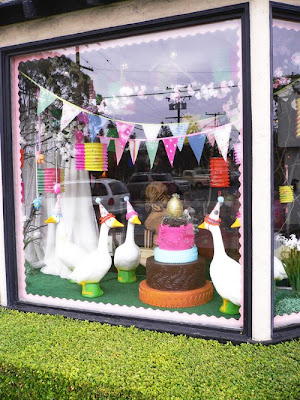 Has it really been a year since we launched? If you ask a few of mes proches, like R and my mom, they will tell you it seems like 10 years. Anyway, it's only been one wonderful year!!! In our first year we have built a solid local presence, expanded in to 16 states nationwide and been covered in a national magazine.
I had the last-minute idea yesterday to do something with "1" in the booth, and I decided I wanted a glitter number. I called the best place I could think of: Paris to the Moon in Costa Mesa. While they did not have numbers in stock, the woman who worked there said the magic words: ""Why don't you make them yourself?" Capital idea! She provided me with a glass-based glitter and gave me a few instructions; I free-handed it, and you can see the end result; not bad?? They are significantly shinier in person than in the photo. If you have not been to Paris to the Moon, you are in for a treat; wonderful shop chock full of lovelies. Can I use a pair of plastic geese at the market???