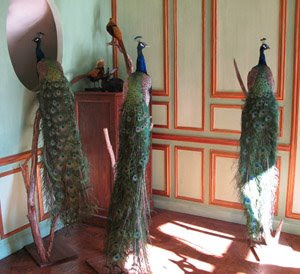 Today, I had a sudden realization. Independent of the fro-yo. I am going to Paris in August....but how am I going to do what I want to do and still take the boys on "my tour" of Paris? Should I drag them around with me to see my favorite places? Seeing the Louvre and the Tour Eiffel and a few other places could take up 2 days. What was I thinking, only 2 days in Paris!?

I really like to do driving tours. Me at the wheel. I used to take people on a driving tour of Manhattan and show them all the important places out the window: Statue of Liberty, Empire State Building; Rockefeller Center; Soup Nazi's store, where Letterman is filmed; JFK Jr's apartment building, where John Lennon got shot. In Paris, voici le Tour Eiffel and Champs de Mars, the Louvre, Concorde (the obelisk not the plane though that is on display at CdG), the key bridges; Garnier Opera House, the Champs Elysee and the Etoile, Notre Dame; Chanel on Rue Cambon; we do the drive from the Ritz to the tunnel under Pont l'Alma, where Diana was killed. People love to see a mix of history and current culture.

But I have a list of places I always go when I am in Paris, and now I'm starting to wonder how I will fit it all in. I always go to the Louvre when in town (though it's a brief visit); always to a few favorite shops, like the one in the post I did for Sister Cities; it's a total inspiration, and I load up on little scented candles and glass and silver pieces there. I always go to les Puces, even if it's a brief stop. I know just which marches and which vendors I want to see; some silver, some fabric, some garden pieces, some crystal. I always go to see the vintage Hermes and Vuitton dealer though I never buy.

The one I am most worried about is Aux Vieux Paris. I didn't go there the last time I was in town and someone told me the building was condemned and that it is now closed. So I have to go see. It's a bar, but it doesn't open until midnight. It opened after the War, and precious little has changed since then; it's totally authentic. It is owned by Madame Francoise, who must now be in her late 80's; she always has nice jet black hair in a bob and pumps with a large chunky heel, like Minnie Mouse, except she has pretty bad edema in her ankles, so you always wonder how long she will last. And how she can be up and pouring drinks and on her feet in the wee hours; you see, she works the bar. Serge is on the accordeon, also handing out les paroles (pages of written song lyrics). He is alternatively scolding and disapproving and encouraging, looking at you with dark eyes that have some serious bags under them, and a little shoe polish hair. Why wouldn't he have major bags, working most nights midnight to 5am? No clapping is allowed, it's only finger snaps, and he enforces that strictly. Mme Francoise's daughter Simone rounds out the trio of characters.

You see, this is a singing bar; you come to sing along to the old French songs and have a glass or 5 or 10, until 4 or 5am when it closes. I've closed it down a few times, and the sun is coming up. If you want to learn French, you must give it a try; I guarantee you will be speaking French faster and with less inhibition when you leave than when you arrived. That's in part because you have been singing and reading French all night, and part because you're most likely pretty sauced when you leave! Just sing Jacques Brel's La Valse a Mille Temps a few times and I guarantee you'll be making progress! He was Belge, but the French adopted him.

I also always go to Dehillerin for the best and least expensive cooking/chef supplies, and I'd like to go see the peacocks (paons) at Deyrolle. One day I want to buy one, though it's sort of a folly and I have no idea where I would put it. I used to think I would stuff Napoleon when I lose him, but he's not quite as pretty as a peacock. Deyrolle is the place to go for taxidermy and natual history; actually the boys might quite like it. We will of course also go to Bertillon for the best gelato to be found just about anywhere. I hate to be a snob but it really is the best.

I'll get it all sorted; I guess I have to also discuss with the boys. I would like to let them wander alone for a bit, but not sure yet. I wonder if I can get them reading some French before the trip so they can go to Vieux Paris...? I'll have to post more stories about it later.
Posted by French Basketeer.com